​You never know what results you're going to see in the Premier League, but you can always (well, mostly) bank on it being exciting.

Chelsea and Manchester City both forgot how to play football, and Manchester United continued to prove that they are only good against the heavy hitters. Sounds about right. Oh and Liverpool won again.

Here are seven of the best moments from all the excitement.

Not a single soul:

How could this go to anyone other than ​Tottenham Hotspur winger ​Son Heung-min?

The idea of a 'coast-to-coast' run was invented for goals like this one. Son picked the ball up barely outside his own penalty area, and he just set off. The South Korean blazed through the entire ​Burnley team before slotting home at the other end to net a truly outstanding goal.

​Harry Kane netted some impressive strikes of his own during the game, but Son's effort certainly stole the show.

Jamie Vardy scores for the 8⃣th Premier League game in a row - can he beat his own record? 

Trézéguet profited from a mis-hit shot last weekend against ​Chelsea, and it was ​Jamie Vardy's turn to get in on the fortunate fun this time around.

The ​Leicester City man ran through on goal and took the ball around ​Aston Villa's Tom Heaton, but scuffed his shot into an open net. Fortunately, that made Ezri Konsa slip over, so Vardy managed to collect the ball and have another go. He was never going to miss twice.

That's now 16 goals in as many games for Vardy this season, and he's now on a run of eight consecutive games with a goal.

​Liverpool have been pulling out some audacious assists in recent weeks, and their 3-0 win over ​Bournemouth was no different.

First, you had Jordan Henderson's perfect long ball which allowed Alex Oxlade-Chamberlain to open the scoring, but the finest pass of the day came courtesy of ​Mohamed Salah, whose delightful back-heel gifted Naby

The Reds have been playing some sumptuous football recently, and their lead at the top of the table is a fitting reward.

Wilfried Ndidi has been on a tear for Leicester this season, and he put in another imposing performance against Villa. However, his personal highlight had nothing to do with football.

The Nigerian was bumped to the floor while challenging for the ball, and accidentally spit his chewing gum up into the air. With cat-like reflexes, he dived to save it from hitting the ground.

​Fair play to him. Littering is bad. 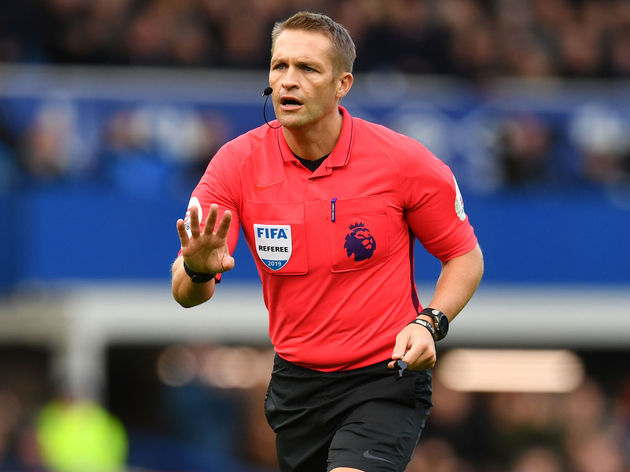 Chelsea's 3-1 loss at ​Everton was disappointing for the away fans for numerous reasons and Christian Pulisic's tame foul throw sort of summed up everything that was going wrong.

Referee Craig Pawson quickly blew up for the infraction, before TV cameras caught him mouthing, "that was the worst throw I've ever seen".

Have some of that, Pulisic. ​Crystal Palace's 0-0 draw with ​Watford was hardly the most exciting game, but the points would have almost certainly been Watford's had it not been for an excellent save from Vicente Guaita.

​Late in the game, the ball ricocheted towards

It was a truly brave decision from the Spaniard, who risked injuring himself to earn a point for his team. 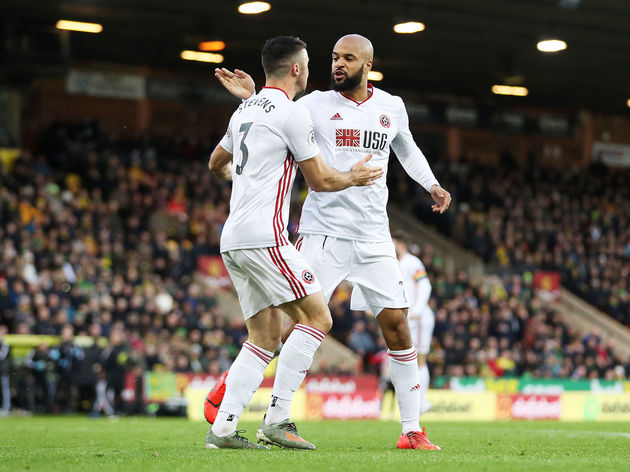 ​Sheffield United fought back from a goal down to beat ​Norwich City 2-1, but it was so nearly three for the Blades, who had a goal ruled out for offside. It was a rollercoaster for everybody, especially David McGoldrick.

The referee ruled the goal out with the help of VAR, but McGoldrick misunderstood his hand signals and thought the goal had been given. The forward started running back, pumping his fist in excitement, before quickly trying to play it cool and act like nothing had happened

Sorry, but we all saw it. Awkward. Yes, this list is all about the ​Premier League, but how can we talk about the best moments from the weekend without touching on ​Luis Suárez's ludicrous goal for ​Barcelona?

In Saturday's 5-2 win over Mallorca, Suárez unleashed a crazy backheel strike which flew up in the air, over a defender's outstretched leg and past the goalkeeper into the bottom corner.

It defied logic, physics and any other science you can imagine, but that's just how good the Barcelona man is.​