Bayern have already secured top spot in Group B while Spurs have qualified for the knockout stages as runners-up, giving the Portuguese boss the perfect opportunity to start some of the younger players. Troy Parrott, who made his debut for ​Tottenham during their 5-0 thrashing over Burnley on Saturday, could potentially pick up some more minutes during the Champions League clash.

When asked why he gave the ball to the young striker at the weekend, Mourinho replied in a press conference, as quoted by ​football.london: “It was his debut and I think it had a much bigger meaning to a kid who last week was playing against others his age in the UEFA Youth League.

“Today he’s playing in the Premier League at 17. Will he play against Bayern Munich? I don’t know. All I can say is ​Harry Kane won’t. Who plays, we’ll see.”

The 56-year-old also praised his players for the convincing win, declaring his happiness to keep a clean sheet against a ‘difficult’ side. 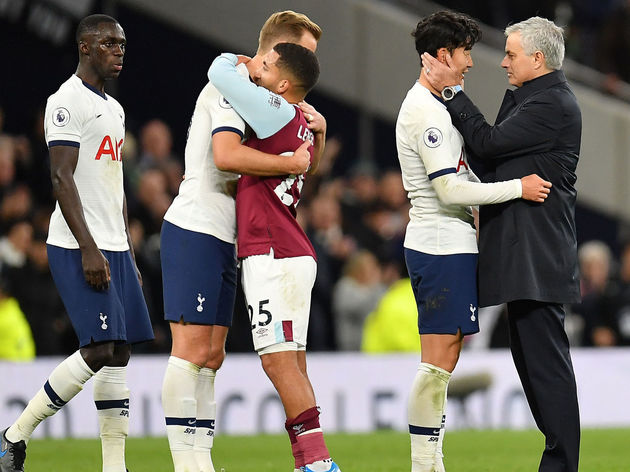 “The boys will have tomorrow, the first day off for a long, long time. It was the perfect match for them to enjoy and have their day off tomorrow. It was an important performance, an important result, goals, happiness with the fans, happiness in the team, young boys coming from the bench, a 17-year-old kid making his debut, a clean sheet, I’m really happy.

“A difficult opponent. Always difficult, the result was because we were too good. They are a difficult side, a very good referee in Kevin Friend, best moment of his career, very stable, very confident, great decisions and amazing advantage with the fourth goal for Kane, so I think everything was really good.” However, Mourinho will be wary of fielding an 11 that is too naive on inexperienced, especially considering what came to pass in Spurs' last meeting with Bayern.

That encounter resulted in an embarrassing 7-2 home defeat on matchday two of the competition, back in October.

The Lilywhites are now set to face the German side at the Allianz Arena with the pressure momentarily off for Mourinho’s men, with qualification to the next stages already guaranteed.