The country will not be allowed to compete in or host international events during the ban, which could rule Russia of the 2022 World Cup, as well as various other international events in different sports. Their place at Euro 2020 next summer, however, ​appears to be safe, while St Petersburg is also set to remain a host city for the tournament.

Correction: that was the Wada spokesman, not the IOC spokesman https://t.co/n70k6Gc2Ku

The ban will rule Russia out of the 2020 Olympics in Tokyo next summer. Russia will also be out of the next Winter Olympics in 2022, due to be held in Beijing. However, athletes will still be allowed to compete as neutrals if they can prove that they are ‘clean’.

Russia have 21 days to appeal the WADA verdict to the Court of Arbitration of Sport (CAS).

Under the ban, Russia will not be allowed to bid to host world championships in any sport.

Conjecture of what a ban means for Russian sports. At the Winter Olympics, Russia’s flag and uniform was banned, but hundreds of athletes still participated.

A few caveats: this is not the blanket ban on #Russia that some wanted (including #WADA vice president Linda Helleland). 'Clean' Russian athletes will be able to compete as neutrals. Russia now has 21 days to appeal the decision to CAS, the top sports court. #doping

European qualifying for the 2022 World Cup is scheduled to begin in March 2021.

Russia were one of the first nations to qualify for Euro 2020, with only Belgium and Italy securing their respective places at the tournament sooner. 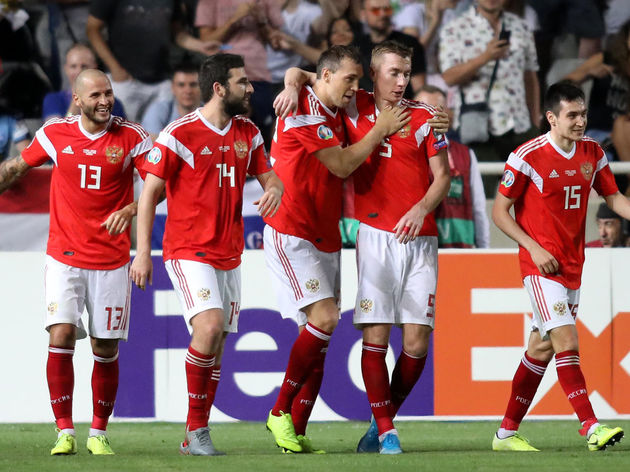 By virtue of Euro 2020 games being played in St Petersburg, Russia were automatically drawn into Group B and will face Belgium, Denmark and Finland in a potentially tough group.