​Tottenham Hotspur manager José Mourinho is understood to be keen on a reunion with Belgian midfielder Marouane Fellaini during the January transfer window.

Fellaini was one of Mourinho's most reliable players during the pair's mutual time at Manchester United. After the boss left Old Trafford, Fellaini was shipped off to Chinese side Shandong Luneng in February. 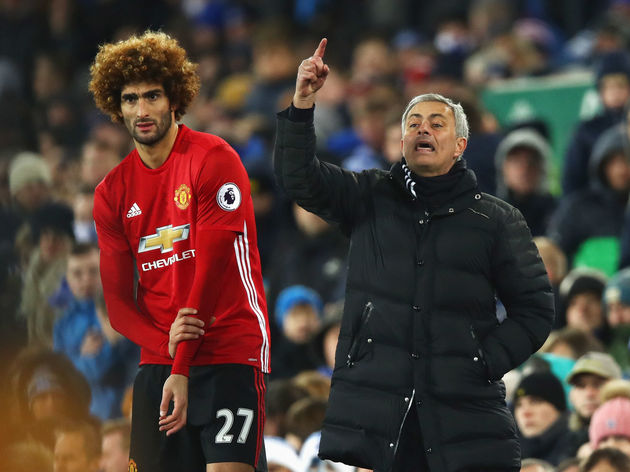 Mourinho has begun planning for the January window, and according to ​La Dernière Heure​Premier League

The Portuguese tactician believes he does not have a player with a similar profile to Fellaini, who has racked up 12 goals and five assists in 34 appearances in China, and is keen to reunite with his former player.

The best comparison to Fellaini at ​Spurs would be ​Eric Dier, who has started three of Mourinho's four league games in charge. However, the Englishman has battled injuries and inconsistency in the last couple of seasons, so perhaps Mourinho is keen on adding some depth in the position.

Another option who is said to be on Spurs' radar is 23-year-old Club Brugge midfielder Sofyan Amrabat, who is currently enjoying a fantastic loan spell with Hellas Verona in Serie A.

As noted by ​Voetbal International, Verona have the option to sign Amrabat permanently in the summer for €3.5m, and they intend to do exactly that before selling him on immediately for somewhere in the region of €20m.

Spurs and ​West Ham are both keen, while the likes of ​AC Milan, Fiorentina and Lazio have also expressed their interest.

Currently, ​Napoli are said to be leading the race for his signature, which would explain why Mourinho is looking elsewhere for potential midfield reinforcements. However, the deal is by no means done, leaving the door ajar for Spurs if they wish to pursue him.