16 goals in 16 games. Jamie Vardy is firing Leicester to the unlikeliest of title challenges (since 2016 anyway) as the Christmas period hits full swing.

Vardy just can't stop, won't stop scoring, and his double in the ​4-1 victory over Aston Villa made it eight wins on the trot for his side, putting them six ahead of Manchester City and eight behind runaway leaders ​Liverpool.

Remarkably, ​Vardy has scored in every one of those eight, stretching back to that 2-1 win over Burnley in October, immediately prior to the 9-0 thrashing of Southampton on the south coast. 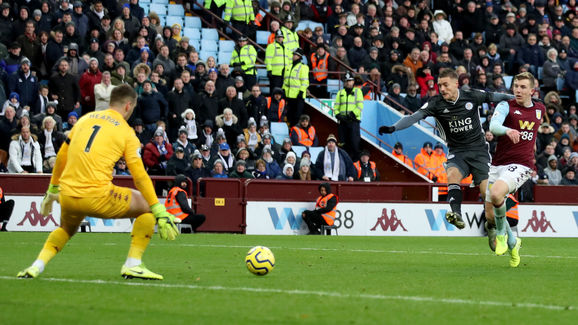 He achieved the same feat in the Foxes run to the title in 2016, and is now only the second player in history to score in eight successive Premier League games on two separate occasions; after Manchester United's Ruud van Nistelrooy, who did it between January 2002 and August 2003.

It highlights just how influential a player Vardy has been in the modern era at Leicester, and though he'll be 33 in January, he is showing no signs of slowing down - either literally or figuratively.

Brendan Rodgers will need him to keep it up if he is to prevent his former side Liverpool winning the league, too. With six points now separating Leicester from Manchester City and 14 between the defending champions and the current leaders, it's fast beginning to seem like the responsibility of stopping the Reds title charge rests on the shoulders of the Foxes. 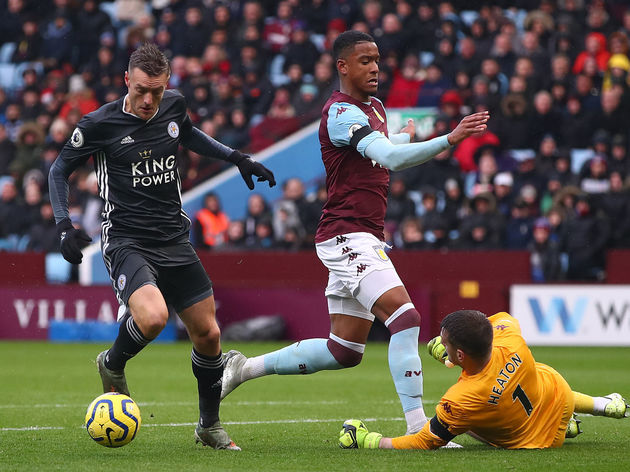 They face Norwich next weekend before a midweek EFL Cup quarter-final with Everton precedes a double-header of games that could define their chances of reclaiming the title.

December 21st sees them travel to Manchester City, looking to put further space between themselves and Pep Guardiola's champions, before Boxing day sees Liverpool come to the King Power Stadium - a tie Leicester will know they almost have to win to keep their hopes alive.

And if Vardy keeps up his goal-scoring heroics, they have every reason to believe.