Aston Villa 1-4 Leicester: Report, Ratings & Reaction as Foxes Make it 8 in a Row

​Leicester City have moved six points clear of Manchester City in the Premier League table thanks to their 4-1 win over Aston Villa on Sunday, with Jamie Vardy scoring twice.

Tom Heaton was called into action to keep out Jamie Vardy and Jonny Evans in the opening 10 minutes, while

Leicester City started to take control of the match after their opening goal and Kelechi Iheanacho was able to double their lead before half-time, turning James Maddison's low cross inside Heaton's near post.

Jack Grealish kept his fine run of form going when his deflected shot squeezed into the corner of the net off the inside of the post, but Jonny Evans restored their two-goal lead just after the break with a stunning header from Maddison's corner.

Vardy scored his second of the afternoon with another trademark finish, finding space in between Aston Villa's two defenders before racing through on goal and sending the ball past Heaton.

Villa struggled to create anything of note in the final 15 minutes of the match and Leicester saw out the game with ease, moving them to within eight points of league leaders Liverpool. They've now won eight games in a row in the Premier League.

It was all square at Villa Park for the opening 20 minutes, but

The England international appeared to pull up with a hamstring injury but rather than going off, Mings forced himself to play on, which just second later allowed Vardy to breeze past him and open the scoring. 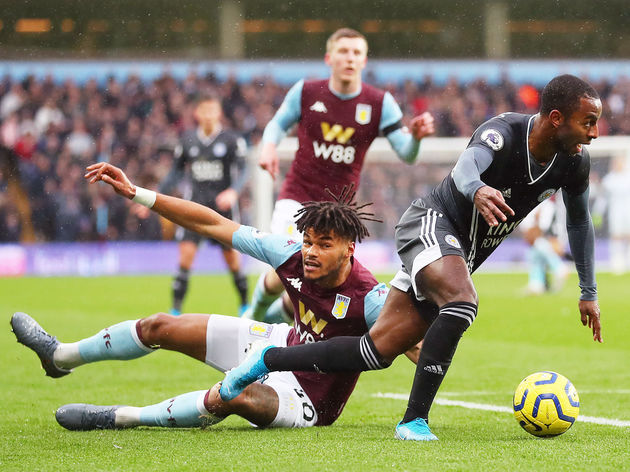 Mings' decision ultimately turned the game on its head as Leicester took the game by the scruff of the neck after the opening goal, leaving Villa with little hope of getting any points from the match.

There is applause all around Villa Park in the 81st minute, to pay tribute to our 1981 title-winning manager, Ron Saunders. pic.twitter.com/m29lOm2FYQ

He didn't control the game like he's done in recent weeks, but Jack Grealish once again provided the one spark for Villa which could have seen them claw their way back into the match.

Grealish great finish  much deserved goal. Let’s see if we can push on and get something from this. Would be a gift imo. Gonna be a feisty half UTV

Another goal for Grealish.. Southgate are you watching? 路‍♂️⚽️

Grealish definitely looking better than Maddison in this game ... just saying. Still no idea how Southgate continues to overlook him #avfc

Maddison and Grealish should both be playing in England's central midfield alongside Rice. Both guys would pick teams apart in tandem providing the ammunition for Sancho, Sterling and Kane. #AVLLEI

There isn't too much now for Grealish to do before he's considered by Gareth Southgate for an England call-up, and if his form continues the 24-year-old could be a sure-fire bet to be in the national team at Euro 2020.

Brendan Rodgers made the decision to sacrifice the wings against Aston Villa, dropping Harvey Barnes in favour of an extra midfielder - 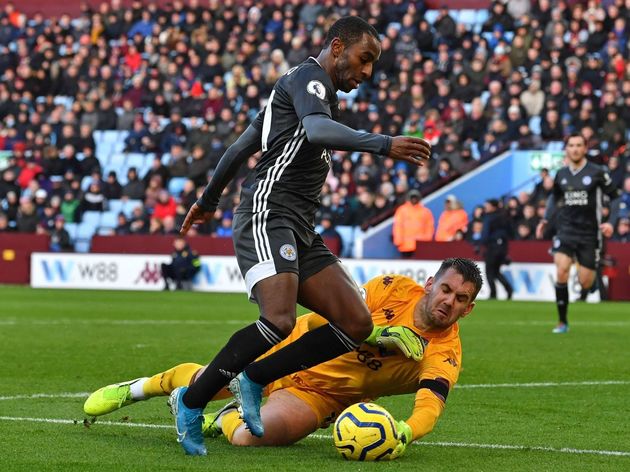 Leicester City might be one of the best teams in Europe right now, but Rodgers' side are still looking towards Jamie Vardy to be the crown jewel in the squad.

The former England international didn't disappoint once again as his raw pace helped him to break the deadlock at Villa Park, while it also opened up space for Leicester City's creative players to work their magic.

Everything about that goal was pure Jamie Vardy, the run in behind, the scrappy finish & then the celebration #AvlLei

Vardy recovered well after tripping over his own feet in the build-up to his opener, becoming just the second player in Premier League history to score in eight games in a row more than once.

Aston Villa will look to get back to winning ways next weekend when they travel to Sheffield United, while Leicester host Norwich City.