​Bayern Munich goalkeeper Manuel Neuer is understood to be close to renewing his contract at the Allianz Arena, which would cast doubt over the club's potential move for Schalke's Alexander Nübel.

Now 33 years old, Neuer remains one of the world's top goalkeepers. He is currently under contract until 2021, but Bayern do not want to lose him, even though they are keen on bringing in 23-year-old Nübel on a free transfer in the summer. 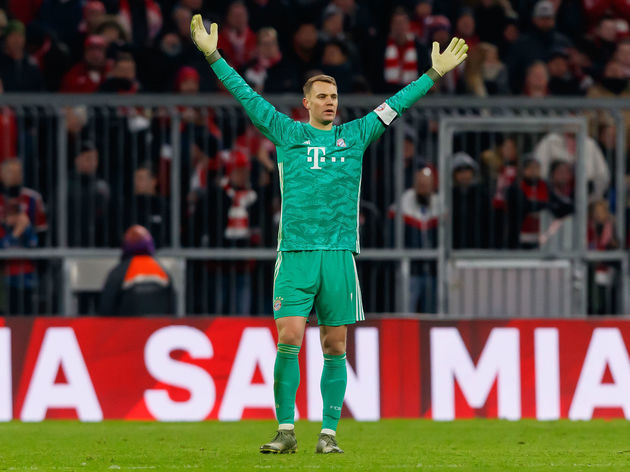 ​Sport1 claim ​Neuer is about to sign a new contract to tie himself to ​Bayern until 2023, and he wants to remain the undisputed first-choice goalkeeper until then at least.

This season, Neuer has not missed a single minute of action in any competition, while he started every game last season in which he was available. Neuer does not like being dropped for any game, regardless of how insignificant the match is, and he does not want to share responsibility with any goalkeeper.

That determination to remain in the team will likely have a big impact on Nübel. The ​Schalke man will be out of contract at the end of the season, and Bayern are said to have already offered him the chance to join them for free next summer.

However, if he is barely going to feature - if at all - then Nübel is believed to prefer the idea of staying with Schalke, who have offered him the chance to extend his deal to 2024. Unfortunately, if he does that, Bayern are said to be prepared to end their pursuit. Given Neuer is the club captain, it seems likely that he will be granted his wish of a permanent place in the starting lineup, which means that Nübel may opt to remain at Schalke for the good of his career.

The 23-year-old has established himself as Schalke's first-choice goalkeeper this season, so he knows he will play regular football if he stays at the Veltins-Arena.

As for Neuer, he has made 358 appearances for Bayern since sealing his own move from Schalke back in 2011, and it seems like he is determined to add to that number before bringing his career to an end.