The 7 Vital Games Which Will Define Liverpool's Title Run-In

Getting nervy yet, Liverpool fans? Nah, didn't think so.

30 years have passed since Liverpool topped the English footballing tree, but the excruciating wait may finally be over soon. The Reds have put together a title-winning start to the season, coming out on top in 15 of their opening 16 games, and playing some swashbuckling stuff along the way.

It's not always been vintage, 'total football' but Jurgen Klopp's men have got the job done time and time again - and that's the mark of a side which is going to lift the Premier League trophy in a few months' time. Right?! 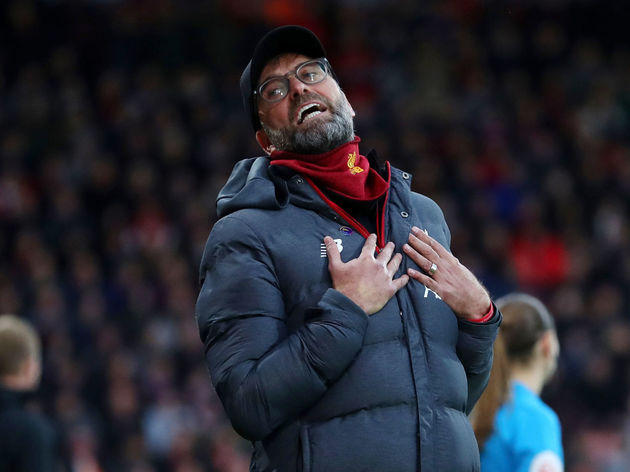 The dust-coated space which a Premier League title should occupy in the trophy cabinet has been a commonly-used stick to beat Liverpool fans with in recent years, and with a couple of last-gasp, near-misses to their name, the Anfield faithful know that this season must be their year.

It's not going to be easy for Klopp and co, given their congested fixture list and participation in about 50 cup competitions, but 90min has narrowed down the Reds' title run-in to seven season-defining matches.

Strap yourselves in, Liverpool fans. This is going to be a bumpy ride.

Who would have thought that this would be a Boxing Day, top-of-the-table ding dong when the Premier League fixture's draw was made at the start of the season?

It's second versus first. The two in-form sides in the top flight of English football go head-to-head on 26 December to soothe our food-related comas and crippling hangovers. ​Leicester City's collective focus will be clear as day, however: win and close the gap on Liverpool. For the Reds, they'll be confident of getting the result they need, but an ex-Anfield boss putting his former side's title charge in danger would be classic ​Liverpool and vintage Rodgers.

If both teams continue their winning run going into the Boxing Day bonanza, then it could prove to be Liverpool's toughest match of the season thus far. With the Reds returning from the FIFA Club World Cup only a few days before this crunch meeting, we could see the first slip in their Premier League ambitions.

You've just faced your nearest rivals away from home (and lost, in this alternate reality) so who are one of the last team you'd want to face next? Probably giant-killers ​Wolverhampton Wanderers.

Only three days after they travel to Leicester, Klopp's boys take on Nuno Espirito Santo's Wolves. Not an easy task.

Santo's soldiers have carried out perfectly executed conquests over England's top teams in the past 18 months and they have plenty of big-game players who can go toe-to-toe with Liverpool. However, this Liverpool side is made of steel and their character is unquestionable. The Reds will bounce back from their first defeat in 15 years (or however long it is) to put their title charge back on track.

11 January represents the beginning of a massive eight days in Liverpool's title challenge. José Mourinho, the man who masterminded Liverpool's demise in the 2013/14 campaign as Chelsea boss, returns to haunt the relentless Reds - who then host Manchester United the following week. Ooft. 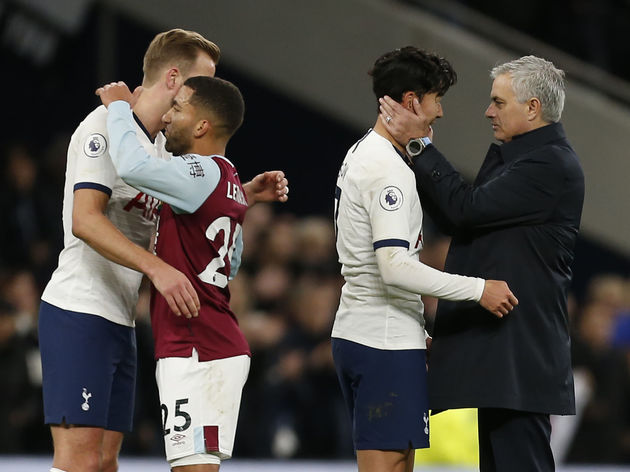 Mourinho has got ​Tottenham Hotspur firing once again, and the North London club are playing some scintillating football under their reborn coach. A month is a long time in football however, and the ​ex-Man Utd manager may have already thrown his first tantrum over a lack of transfer activity by this point.

Liverpool have the longevity under Klopp that Mou can never replicate, and the confident Kloppers could clobber Spurs at the Tottenham Hotspur Stadium. The Reds go marching on here.

Liverpool round off a tricky eight days with a visit of Man Utd to Anfield. The Red Devils are the only side to have taken points off Klopp's men this season and Solskjaer has proved to be very capable at setting his side up against the top teams in the league. Not to mention, it is Liverpool vs Manchester United - a Premier League classic.

Man Utd always seem to raise their game for their biggest rivals, but the Reds are on the cusp of something special this season, which even their oldest foe cannot prevent.

The Merseyside derby. A game which cost Liverpool a valuable two points last season, ultimately handing the title to Manchester City (that's what ​Everton supporters will tell you anyway).

Klopp won't be allowing their city neighbours any bragging rights this year however and given their 5-2 dismantling of the Toffees earlier in the season, the Reds are genuinely a class above. Everton - who will likely have a new manager by then - will use the emotion of the occasion to try and match Liverpool's level, but the visitors should come away unscathed this time around - as long as ​Divock Origi makes his usual guest appearance.

This fixture would have been billed as a title-decider for both sides at the start of the campaign, but only one of the two teams might be challenging by the end. ​Man City are 14 points adrift of the runaway leaders, and the Citizens are a shadow of the team which has dominated English football for the past two seasons. Klopp has an exceptional record over Pep Guardiola, and Liverpool seem to be Man City's kryptonite. With the season approaching its end, the Reds will know just how important this game is to their title ambitions, and the Sky Blues could have very little left to play for.

Still, Man City are no pushovers, and it's impossible to write off this group of talented players. T

"Oh, and Gerrard's slipped, Demba Ba's in here! Out comes Mignolet but Ba punishes, of all people, Steven Gerrard."

Okay, this one has made the cut purely from a narrative standpoint, but it's hard to ignore what will undoubtedly dominate the pre-match buildup. 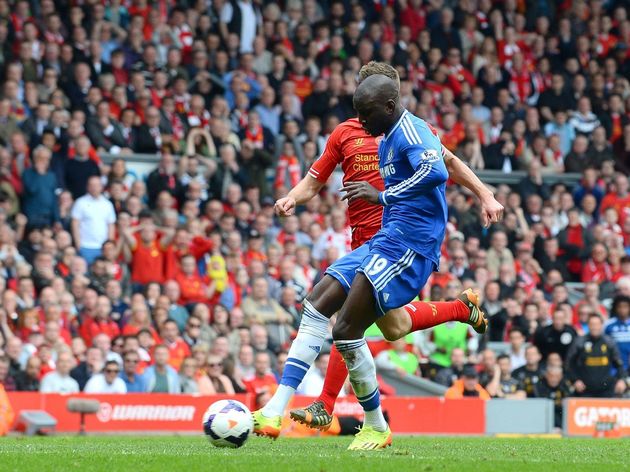 Gerrard's slip slowed ​Chelsea to time-waste their way to a 2-0 victory at Anfield back in 2014, which took the title out of Liverpool's hands with only two games left to play.

However, the fortunes of these two clubs have changed drastically since that harrowing afternoon, and Frank Lampard's side should be no match for the Champions elect. Only ​Newcastle United will stand in the Reds' path after the Chelsea fixture, but the title will already be in the bag for the deserving Reds.

Virgil van Dijk to head the winning goal and earn himself the 2020 Ballon d'Or in the process.