West Ham United have opened talks with Middlesbrough over a potential move for goalkeeper Darren Randolph. 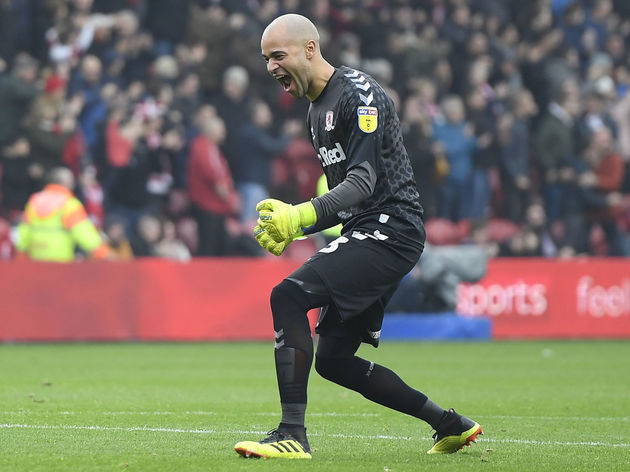 Łukasz Fabiański to injury early in the season, West Ham were forced to turn to backup Roberto, but the Spaniard endured a nightmare few months before being relegated back to the bench.

They then had to turn to third-choice David Martin, prompting Manuel Pellegrini to inform the club's hierarchy to find him a new goalkeeper as soon as possible. ​Stoke City's Jack Butland was under consideration, but West Ham have been unable to move away from Randolph, and there is a cautious optimism that a deal could be reached in January.

Boro are ready to part ways with Randolph in order to raise funds, as they feel they need to spend heavily to avoid relegation to League One.

Woodgate's side currently find themselves 19th in the ​Championship, just four points above the relegation zone, so January investment is seen as a real necessity to ensure things do not get any worse. While he would not command a huge transfer fee, Boro want to get Randolph's high wages off their books so as to avoid falling foul of UEFA's Financial Fair Play regulations, so selling him would free up some money to be spent elsewhere.

Randolph spent two years with West Ham between 2015 and 2017, making 42 appearances for the Hammers before losing his place to Adrián towards the end of the 2016/17 campaign.