​Leicester face a trip across the Midlands to take on promoted Aston Villa on Sunday as the Foxes aim to continue their incredible early season form.

With Manchester City and Chelsea losing this weekend, Leicester have a glorious opportunity to take advantage, with a victory potentially seeing them finish the day 14 points above fifth place and keep the pace with Liverpool.

This is how we line up to face Leicester City! 👊

Chilwell recovers from a minor hip issue. Praet and Iheanacho back in the side.

Meanwhile, Villa know a defeat could see them slip in to the relegation zone - depending on other results - and Dean Smith will be eager to continue his side's recent good form.

With all that in mind, here are some of the key facts & stats you need to know before this encounter. Leicester are well and truly soaring at present having won their last seven Premier League matches, and a victory against Aston Villa would see them achieve their longest ever run of wins in the top-flight.

Sunday's visitors have only ever won eight league games in a row once before, doing so in a nine-match winning streak in the Championship between December 2013 and February 2014. 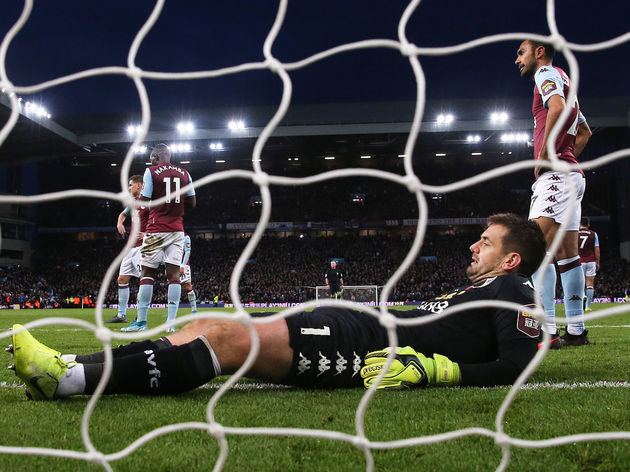 We all get a little bit of the old Sunday blues as the weekend draws to an end, but ​Villa seem to do so more than most. They ​Premier League

Luck of the Northern Irish ​Things seem to be going pretty well for Brendan Rodgers this season, and the Leicester boss was rewarded with a bumper new deal keeping him at the King Power until 2025. But that won't be music to Villa fans' ears, oh no. What can we say about this fella?

Nothing new certainly, but ​Jamie Vardy has scored in each of his last seven Premier League games, meaning a goal against Villa would see him become the first player since...well, himself...to score in eight consecutive Premier League matches.

Vardy achieved this feat during Leicester's title-winning season back in 2015/16 and set a new league record of scoring in 11 consecutive games. Good omens all round.

Are You Watching Mr. Southgate? Gareth Southgate may need to start taking notes on Jack Grealish, with the midfielder setting new lofty heights for Villa this season.

Including play-offs, Grealish has been directly involved in 11 goals in his last 14 league appearances at Villa Park (4 goals, 7 assists), registering an assist in each of his last two home appearances.