The days of José Mourinho's parked bus are dead.

Mourinho is desperate to demonstrate that his miserable stint at Manchester United was nothing more than a minor blot on his stellar copybook, and the Portuguese master is already banishing any pre-conceptions that Tottenham Hotspur supporters had upon his appointment.

The new Spurs boss has been labelled as an old-fashioned, out-of-touch coach in the modern era, but his fourth spell in England is proving to be his most exciting yet. 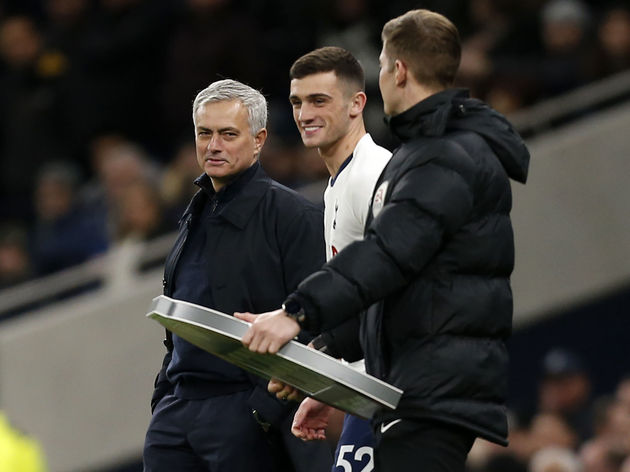 Mourinho's free-spirited and charming persona has produced fantastic results since his arrival at Tottenham Hotspur, and the Lilywhites arguably put in their best performance yet under their new coach on Saturday afternoon.

Spurs destroyed Burnley by five goals to nil, and statisticians ​Opta revealed that Mourinho's new squad is already beating the records set by his goal-shy Man United side of old.

5 - Jose Mourinho has seen his side score five goals in the Premier League for the first time since January 2015 (Chelsea 5-0 Swansea) – his Manchester United team never scored more than four goals in his 93 league games with the club. Alive. pic.twitter.com/lCXdjpOtCp

Since replacing Mauricio Pochettino at the start of November, ​Spurs have scored at least three goals in four of their five games under Mourinho, their only defeat coming at Old Trafford to Ole Gunnar Solskjaer's Man Utd.

The London club's convincing victory over Burnley lifted them to sixth in the league table, but the dominant result will have come as no surprise to those who had taken a closer look at Mourinho's personal record over the Clarets.

0 - José Mourinho has faced Burnley at home more often without winning than he has any other side in all competitions in his managerial career, though all three such games against them have ended level. Frustrated. pic.twitter.com/9gTaeOWKvv