​Arsenal are leading the chase for Roma's on-loan defender Chris Smalling, with a number of other Premier League sides also monitoring the Englishman's progress after a fine start to the season in Italy.

Smalling was deemed surplus to requirements at Manchester United this summer following the £80m acquisition of Harry Maguire, with Ole Gunnar Solskjaer seeing it fit to loan the centre-back out to Roma for the 2019/20 season.

Proud of everyone, fighting until the last minute! ❤️ pic.twitter.com/odiMaDFYl3

Very much a peripheral figure at ​United, Smalling has since rediscovered the form that prompted his parent club to pay Fulham £10m for his services in 2010. The 30-year-old has been an ever-present in Paulo Fonseca's side since making his debut, playing an integral part in a solid defence that has conceded just 15 times in 15 ​Serie A matches, and currently sit fourth in the table. Smalling has even added another aspect to his game in Italy, registering an assist and scoring twice in his 11 league games to date.

England assistant manager Steve Holland recently watched the defender in action with a view to returning to the national fold, however, according to the ​Mirror, he wasn't the only one in attendance.

​Arsenal also sent scouts to watch Smalling in Italy, having seemingly grown tired of their under-performing backline who have shipped 23 goals in just 15 ​Premier League outings this season. In the report, it claims that the Gunners have watched Smalling throughout his loan spell and have been impressed by his upturn in form, and are leading the race for his signature.

They aren't the only ones, apparently. Leicester and Everton have both been tracking the Englishman, while Juventus and Inter are also keeping tabs, with it increasingly unlikely that he will return to United permanently next summer, despite his recent showings. 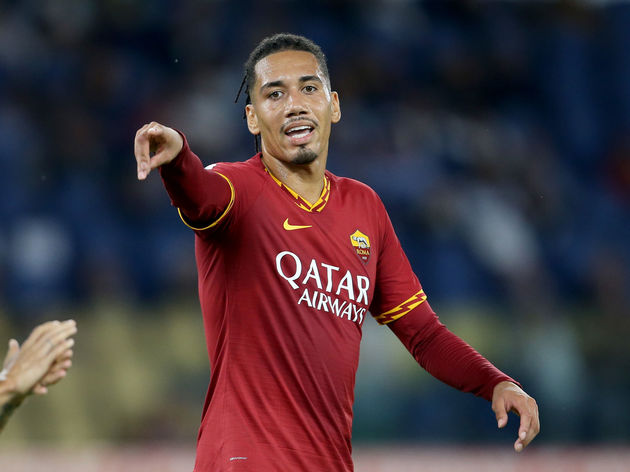 The reason for that is because Solskjaer would prefer to