Manchester City have released a statement condemning the behaviour of a section of their supporters, who were captured on video racially abusing a Manchester United player in the Sky Blues' 2-1 defeat on Saturday afternoon.

The video shows a Man City fan making obscene monkey gestures towards Man Utd midfielder Fred, and there were also reports of monkey noises being directed at the 26-year-old from the same sector.

The footage has been circulating on social media since the final whistle, and Man City have subsequently released a statement on their offici​al website condemning the supporters' actions, and have assured that '

"​Manchester City FC are aware of a video circulating on social media which appears to show a supporter making racial gestures during the second half of the match against ​Manchester United this evening," the statement reads.

"Officials from the Club are working with Greater Manchester Police in order to help them identify any individuals concerned and assist with their enquiries. 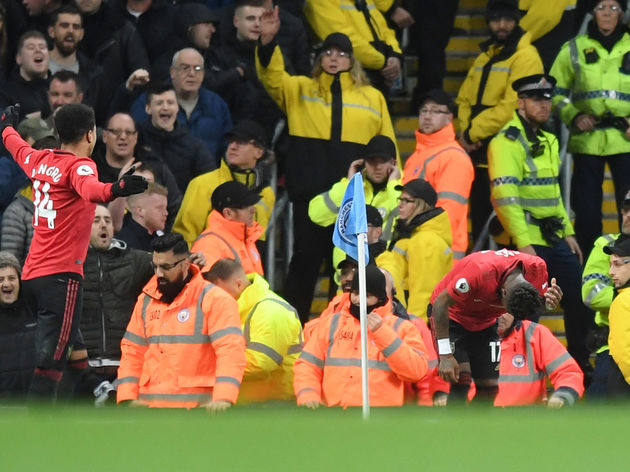 Man City have been heavily involved in the fight against racism in recent times, after England star ​Raheem Sterling was racially abused by a Chelsea supporter, who was subsequently banned for life from attending football matches.

​FredlightersThe Citizens fell to a 2-1 home defeat to local rivals Man Utd on Saturday afternoon, thanks to goals from ​Marcus Rashford and ​Anthony Martial.