West Ham welcome Arsenal to the London Stadium on Monday night, with the Gunners aiming to put a record-breaking winless run behind them.

The north London club are without a win in their last nine games across all competitions - the first longest spell without a victory since 1977. ​Freddie Ljungberg's side slumped to a 2-1 home defeat at the hands of Brighton in their last ​Premier League fixture and will be looking for redemption against another struggling side in the form of West Ham.

Meanwhile Manuel Pellegrini's team succumbed to a 2-0 away defeat to Nuno Espirito Santo's Wolves side on Wednesday to make it one win in eight as the Hammers were unable to recapture the form illustrated against Chelsea in the previous fixture. With both managers unable to fully take advantage of the quality their teams possess, time may be fast running out for Pellegrini and Ljungberg - meaning three points will be a massive victory for either side.

​​West Ham continue to suffer defensively without their first-choice goalkeeper Lukasz Fabianski who remains absent due to a hip injury.

Arsenal will have to make do without the services of Dani Ceballos, as the ​Real Madrid loanee continues rehabilitation after suffering a hamstring injury last month. ​Norwich​Brighton West Ham and ​Arsenal have faced each other 124 times prior to Monday's game, with Arsenal claiming 61 wins to the Hammers' 29, with the remaining 34 matches ending in a draw.​ Arsenal lead on aggregate with a score of 211-138 and, although the Gunners have won two of the last three games against West Ham, they lost 1-0 the last time the two faced each other at the London Stadium. ​

Despite an emphatic victory over ​Chelsea, West Ham have found consistent winning form hard to come by. The Irons have accrued a meagre four points in their last eight games, winning one, drawing one and losing six. West Ham and Arsenal find themselves in a similar predicament; unable to score more than they concede. While the Gunners defence has been leaky for the best part of a decade, lacking confidence in the attacking third of the pitch is something Arsenal sides past and present are not accustomed to.

West Ham have proved to be a tough test for some of the top sides so far this season, beating the likes of Chelsea and ​Manchester United 1-0 and 2-0 respectively. Pellegrini will therefore urge his team to make the most of a vulnerable Arsenal side on Monday and could look to cause yet another upset against one of England's so called 'big six'. 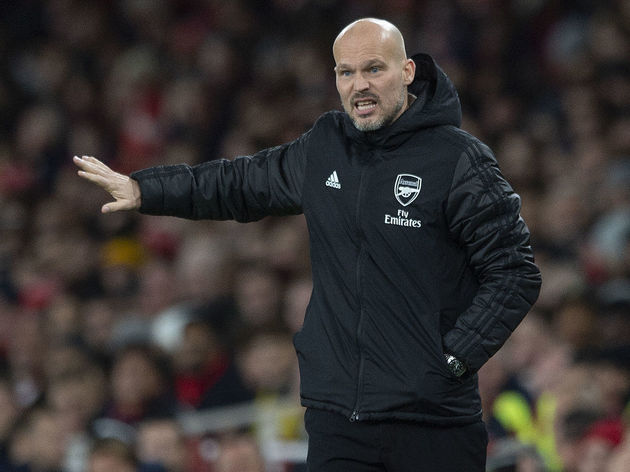 Arsenal, however, possess the firepower to drag them to victory despite not playing well with Pierre-Emerick Aubameyang scoring ten for the Gunners so far this season. Alexandre Lacazette, Nicolas Pépé and Gabriel Martinelli also possess a potent goal threat and should be enough to overcome West Ham on Monday night.