Carroll earned his first Premier League start of the season away at ​Sheffield United in midweek and assisted Jonjo Shelvey's goal as his side ran out 2-0 victors at Bramall Lane. 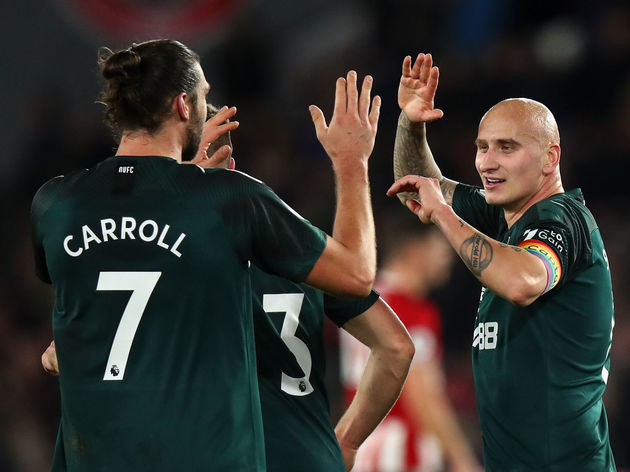 The target man has impressed at both ends of the field with his dominant aerial prowess, defending set pieces and winning headers in the attacking third.

Speaking after his side's resolute victory midweek, Steve Bruce expressed his happiness at the return of Carroll to the team - his first start for the Magpies in 3,264 days.

"I just thought on a night like this, against their three centre-backs and the physicality of Sheffield United he would cause them a problem," he said, as quoted by the ​Telegraph. "