Watford earned their first home point in almost two months on Saturday afternoon, as they drew 0-0 with Crystal Palace at Vicarage Road.

The first half was shocking for both sides, with neither side managing a single shot on target throughout. Wilfried Zaha was lively for Crystal Palace though caused little concern, while Roberto Pereyra helped lead the hosts' attack to no avail.

Watford came into the second half much better, with Abdoulaye Doucoure having the first effort on target with his header. Roberto Pereyra came close to breaking the deadlock, but he drilled his shot just wide of the post missing a big chance for the Hornets.

The hosts were unlucky not to grab the winner late on, when Ismaila Sarr headed Gerard Deulofeu's cross over the bar. Sarr was denied again with a glorious one-on-one opportunity, but Gary Cahill was there to produce a superb tackle to keep him out and keep the game goalless. 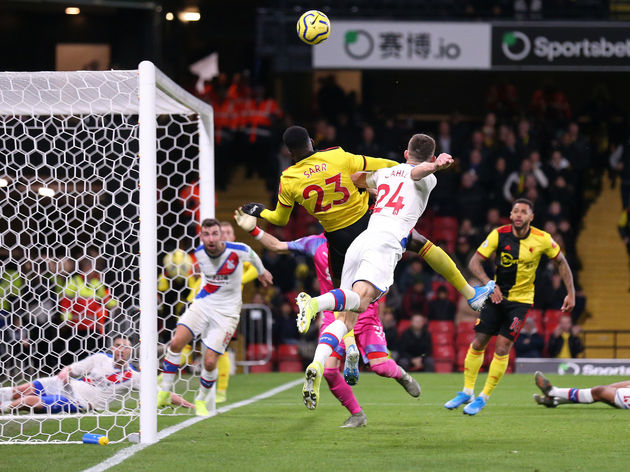 After manager ​Quique Sanchez Flores was sacked last weekend, Watford had a point to prove. Under the guidance of interim boss Hayden Mullins ahead of Nigel Pearson's first game, the Hornets were poor in the first half, looking no different to before and without any real quality.

However, Watford picked up after the break and took control of the game, coming close with a string of chances. While they still lacked a cutting edge, they were in command and grew into the game minute by minute, and in the end were unlucky not to score with all their good chances.

It was a frustrating draw for the Hornets who know that they could've and should've won that, but it was also a promising performance from them. They showed positive signs that they can perform and can play, and if Watford can build on Saturday's result then ​Premier League survival may well be on the cards.

STAR MAN - Club record signing Ismaila Sarr had a very good game for Watford, driving the Hornets forward with every move he made. The Senegalese was unlucky not to get on the scoresheet but did well to create chances for the hosts, showing his quality throughout the game in a positive display. 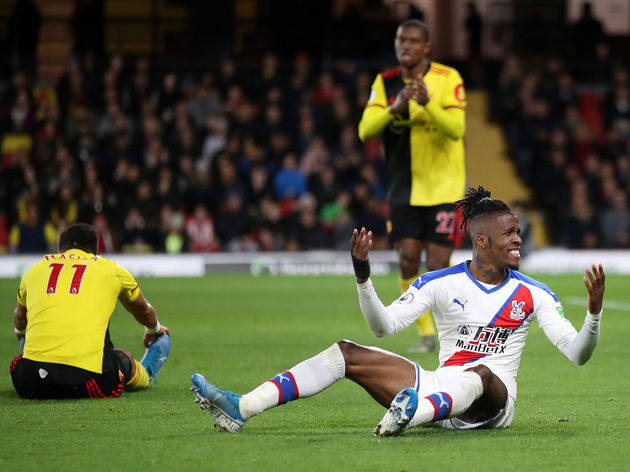 ​Crystal Palace never looked like they were going to score, failing tor register a single shot on target in the 90 minutes. The first half performance from the Eagles was mediocre, and it was concerning to see no improvement at all after the restart, let alone any efforts on goal.

The Eagles had no quality in attack, but slightly redeemed that with their solid defensive performance. They were equal to everything Watford threw at them and stood strong all game long, with some excellent defending from Cahill and Luka Milivojevic and great saves from Vicente Guaita.

Crystal Palace will consider themselves lucky to leave Hertfordshire, though will have minimal complaints after an underwhelming performance in attack. Roy Hodgson's side are now three games unbeaten and have kept three consecutive clean sheets, as the Eagles continue their pursuit of the European spots.

STAR MAN - Palace earned the point thanks to their defensive performance, and at the heart of that was Gary Cahill. The Eagles defender was outstanding on Saturday, with a number of crucial goal-saving challenges and some strong passing throughout the game.

The visitors have Cahill to thank for their point on the road, in what was a superb display for the Englishman.

84: SENSATIONAL FROM CAHILL. Sarr looked certain to score before Gary came in with a perfect tackle.

Gary Cahill is unbelievable. Two challenges that have saved pretty much certain goals. What a signing! #cpfc New Watford manager Nigel Pearson kicks off his reign with the toughest game possible, as they travel to inform league leaders ​Liverpool next Saturday. The Hornets are back at home on 22 December, with the visit of ​Manchester United to Vicarage Road.

Crystal Palace are preparing for a derby day at Selhurst Park, when they host ​Brighton on 16 December. The Eagles then make the long trip up north to Tyneside, facing ​Newcastle on 21 December before going into Christmas.