​Freddie Ljungberg is set to take charge of his third game as Arsenal's interim manager on Sunday, as the Gunners travel across London for a meeting with West Ham United.

The Swede is yet to taste victory since replacing Unai Emery in the dugout at the end of November, with his recruits currently tenth in the Premier League after drawing with Norwich City and losing at home to Brighton in their last two fixtures.

Here's the side Ljungberg should select against West Ham as he searches for that elusive triumph. Bernd Leno (GK) - There's no question who should start in goal for the ​Gunners. Leno has been one of the few players to have truly impressed during the early months of the season.

Hector Bellerin (RB) - The Spaniard was missed whilst he was out injured, but he's back now, and Arsenal are better for it. He'll need to be wary versus the attack-minded Aaron Cresswell down the ​Hammers left.

Sokratis (CB) - He may have had a couple of wobbles this term, yet Sokratis remains Arsenal's most reliable centre-back. Their defence seems considerably less sturdy without the Greece international.

Calum Chambers (CB) - Unlike Sokratis, David Luiz is not reliable. On occasions, the Brazilian has been brilliant for the Gunners, but the key part is 'on occasions'. Too frequently, he has made a foolish error and undone his new teammates' work.

Kieran Tierney (LB) - £25m hasn't bought a huge amount for Ljungberg's men thus far, though there is still plenty of time for Tierney to come good at the Emirates. He should build on promising early signs if given a start against the Irons. Lucas Torreira (CDM) - It's fairly straightforward, really - Granit Xhaka should not be in Arsenal's starting lineup when Torreira and Guendouzi are available. Defensively, the Uruguayan is far superior to the Swiss and he offers a considerable amount in attack, too.

Matteo Guendouzi (CDM) - Guendouzi's heart and courage have been a delight to see in his first 18 months in north London.

Mesut Ozil (CAM) - Now Emery is gone, the door has reopened for Ozil. Fans got glimpses of his silky playmaking skills versus ​Norwich and ​Brighton, but nothing too great. A match against lowly West Ham could be exactly what he needs to get back in the groove after a long time away. 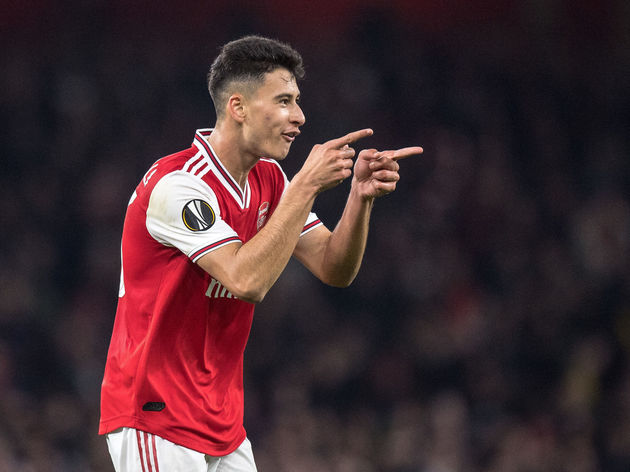 Gabriel Martinelli (RW) - This kid is headed for the top. Italy and Brazil are fighting over his international allegiances following some electric displays for Arsenal. However, chances have come too few and far between - if he starts, it could prove a breakthrough moment for the teenager.

Pierre-Emerick Aubameyang (LW) - Ordinarily, Aubameyang's selection is a no-brainer. But, recent reports suggest the captain is looking to engineer an escape from the Emirates, meaning Ljungberg has a decision to make. It would be wise not to cast aside the club's most accomplished goalscorer.

Alexandre Lacazette (ST) - Despite being a first-rate ​Premier League forward in his own right, Lacazette always seems to be playing second fiddle to Aubameyang. A match with West Ham presents an opportunity for him to boost his numbers for the season.