Manchester City star Kevin De Bruyne has lifted the lid on his sensational start to the new season ahead of the Manchester derby, and the Belgium international attributed his incredible assists record to his 'instinct'.

De Bruyne has arguably been City's best performer this year, scoring four goals and bagging a staggering nine assists in his 14 appearances, supplying the likes of Sergio Aguero and Raheem Sterling with regular tap-ins. The Belgian star has received plenty of plaudits for his incredible vision and ability to pick the killer pass, and during an interview with The Telegraph, De Bruyne confessed that his wonderful assists stem from 'instinct'.

“Sometimes it is instinct,” ​De Bruyne said. “Sometimes you know what people are going to do. What I try to master as a player is trying to know what my teammates like and how they want the ball. 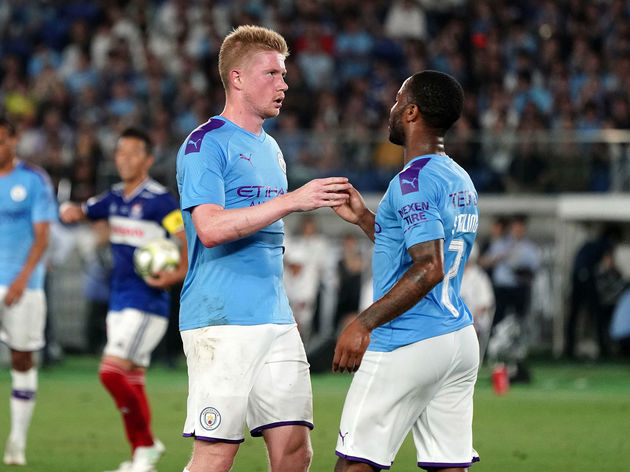 “You're a partnership and you know what my typical passes are and what I can play. If I was playing with ​Raheem [Sterling] or with ​Sergio [Agüero] it's totally different. One guy likes it deep, the other is different.

“As a midfield player you need to know. Some players like it in front of them. It's difficult to say. You just try to see the game, what's going to happen, before it even happens.

When questioned on his favourite assist, the 28-year-old recalled his glorious pass to David Silva against ​Watford, which he caressed whilst on the run, taking out an entire defence with a ball which evaded goalkeeper Ben Foster and his line of protection ahead of him. “That is the most difficult one,” De Bruyne said. “You have just a small space where you can put it. You have to bend it away from the keeper and not let it go towards the defender. There is only a small gap. It's probably that one.”

​City boss Pep Guardiola will be relying on De Bruyne to produce the incisive passes against ​Manchester United on Saturday afternoon, as the Premier League champions look to close the gap on runaway leaders ​Liverpool.