Lazio vs Juventus: 7 Key Facts and Stats to Impress Your Mates Ahead of Serie A Clash

Lazio welcome Juventus to the Stadio Olimpico on Saturday evening as the Old Lady look to overtake Inter at the top of Serie A.

An unexpected 2-2 draw at home to Sassuolo last time out saw Juventus fall behind Antonio Conte's side, who themselves were unable to cast aside Roma in a 0-0 draw at home on Friday. However, Mauricio Sarri's side do have a game in hand and thus remain firmly in the driving seat.

Lazio have also enjoyed a strong start to the 2019/20 campaign and find themselves in third place on 30 points, six behind Saturday's opponents. I Biancocelesti impressed with a dominant 3-0 victory over Udinese on Sunday with Ciro Immobile netting twice to score his 16th and 17th league goal of the season so far.

With both teams in fine form, this should be a thrilling contest between two of Italy's giants. Although difficult to predict the outcome of this fixture, you can stand out and rouse your mates with these 7 stats and facts provided by ​Opta. Juventus are the dominant force in Italy having won the last eight Scudetto, but Lazio have a bigger reason to be worried about facing the champions.

​I Bianconeri have lost only one of their last 29 Serie A games against Lazio (W22 D6), and only once have they not scored in that run. 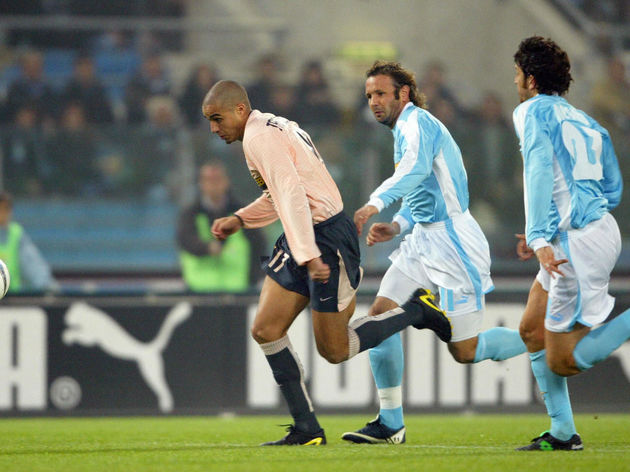 There is absolutely no doubting that Lazio are a club with bags of history.

Lazio's last home win against Juventus in Serie A was back in December 2003 (2-0), drawing three and losing 11 since then.

Can La Aquile finally conquer Juventus at the Stadio Olimpico? Juventus have won all their games in Serie A this season against teams currently in the top half of the table: the Bianconeri have collected 18 points from such games, five more than any other team.

Can Juve continue their impressive form against third-placed Lazio on Saturday evening? Only one way to find out. Lazio have won their last six league games, and they have never had a longer run in the first half of a Serie A season.

They have enjoyed a sensational start to the season under Simone Inzaghi and will hope to continue their form into the new year. At 29 years of age, Immobile is entering the twilight years of his career, and he is showing no signs of slowing down. Juventus’ Paulo Dybala has scored seven Serie A goals against Lazio, against no other team has he scored more (though they are tied with Milan and Udinese). His next appearance will be his 200th for Juventus in all competitions.

The 26-year-old Argentine will look to mark his 200th appearance with a goal on Saturday night against Lazio.