Man City vs Man Utd: 9 Key Facts and Stats to Impress Your Mates Ahead of Premier League Clash

It's derby day in the north west, as City welcome United to the Etihad in the hotly anticipated first all-Manchester clash of the season.

City will be looking to avoid the gap between themselves and Liverpool growing any wider, while United have their eye on the European places after an impressive win over Tottenham in midweek.

From Wayne Rooney's overhead kick to Mario Balotelli's 'Why Always Me' T-shirt, the Manchester derby has been the provider of some iconic Premier League moments in recent years.

After four Premier League titles in eight years, ​City have long since shed their nickname of the noisy neighbours, and now it's the red side of Manchester's turn to play catch up.

Thanks to Opta, here are all the key facts and figures you need ahead of the Manchester derby.

Just What Colour is Manchester? However, Man Utd have only lost one of their last four away league games against Man City (W2 D1), though it was in this exact fixture last season (1-3). 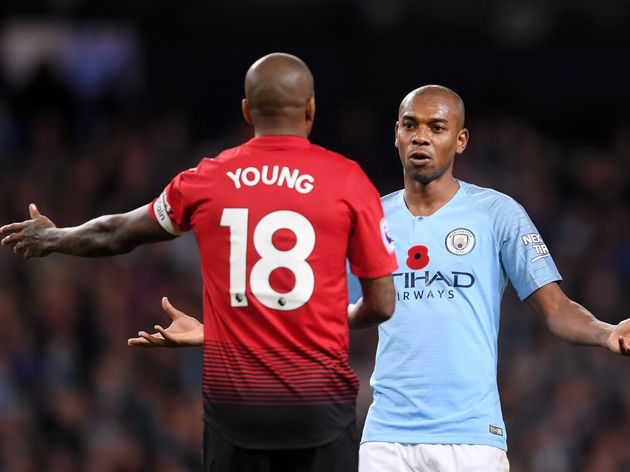 ​The Etihad has been a daunting place to visit in recent years, with

Man Utd have won seven away league games under Ole Gunnar Solskjær, but the average starting league position of those seven clubs is 14th, with third placed Tottenham (in January 2019) the only side they’ve beaten who started the day in the top half of the table. City have an impressive record over their Manchester rivals since the appointment of Pep Guardiola. The Spaniard On the other hand,

Here's how we line up for the 179th Manchester Derby...