​Manchester City manager Pep Guardiola has confirmed that Arsenal have not made an approach to appoint Mikel Arteta as their new head coach.

The former Everton midfielder has impressed as Guardiola's right-hand man and the Manchester City boss is confident that Arteta is ready to step into a senior managerial role if one becomes available.

The 37-year-old has been heavily linked with a return to Arsenal following Unai Emery's departure, but Guardiola has stressed there hasn't been an approach for his number two so far and believes Arteta could succeed him at Manchester City. 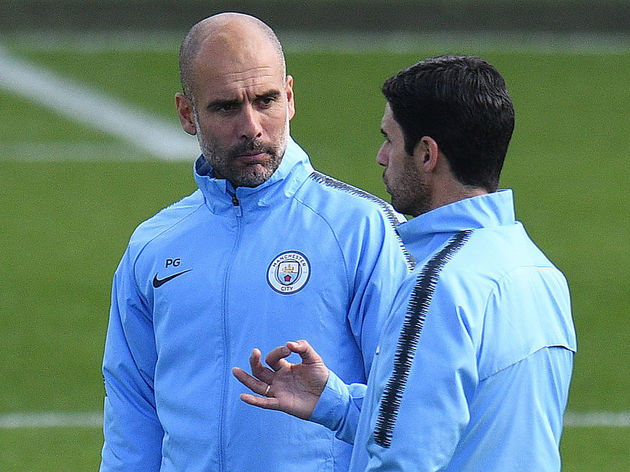 "He's able to do that," Guardiola said about Arteta taking over at the Etihad, quoted by The Mirror. "But it depends on him, the club - many things that I cannot decide.

"He's ready [to be a manager]. It’s right when he has an offer and he accepts the offer. But if you ask whether he's ready in his knowledge of the game, as a person, as a professional, then he's ready.

"I’m not a guy that puts a gun to the heads of my staff or players and says what they have to do. We're human beings and everyone has dreams and desires. Hopefully, he can stay this season and the next one - as long as possible in this club.

Pep Guardiola confirms no approach from @Arsenal for Mikel Arteta. Says he wants him to stay. Torrent has already worked at Manchester City earlier in Guardiola's reign at the club, while he was most recently appointed as the head coach at their sister club in New York.