Dortmund vs Fortuna: 7 Key Facts and Stats to Impress Your Mates Ahead of Bundesliga Clash

​Borussia Dortmund will be hoping to pick up all three points against Fortuna Düsseldorf on Saturday as they look to climb up the table.

Lucien Favre's men currently sit fifth in the Bundesliga, having picked up 23 points from their opening 13 matches. Having already played out five stalemates this season, the team find themselves five points behind leaders Borussia As for Fortuna, they are currently 15th in the table, having managed just 12 points in their opening 13 games.

Ahead of the game, thanks to the kind people at Opta, we bring you some key stats and facts to get you ready for the upcoming clash... Dortmu​nd's home record against Fortuna makes for pretty pleasant reading if you're a BVB fan. Indeed, they are unbeaten in each of their last eight Bundesliga home games against their next opponents (W6, D2). You would have to go all the way back to February 1986 to find the last time Die Borussen lost at home to Fortuna.

Oh, and it gets better for Borussia as well. Including last season, they have only lost one of their last 23 Bundesliga home games (W18, D4). Not bad, not bad. However, Düsseldorf have a pretty respectable record against their next opponents. They have won 15 of their 40 Bundesliga matches against Dortmund (D8, L17). In fact, they haven't managed to defeat any other side as often in the Bundesliga (along with Stuttgart, Werder Bremen and Monchengladbach.

And who doesn't love a bit of football trivia? Well, either way, the 2-1 defeat in Düsseldorf midway through last season was Favre’s first loss in charge of Dortmund in the German top-flight. 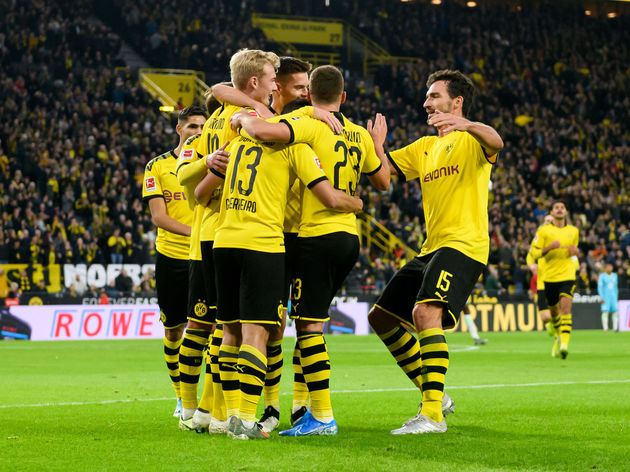 But enough of that. Let's get back to Dortmund and their home form, shall we? Excellent.

They have scored in each of their previous 31 ​Bundesliga home matches (87 goals). Not only is this an ongoing club record, but it is also the longest current streak in the league. If only they could keep the back door shut.

But, Hope for Fortuna...Kind of? At this current moment in time, Fortuna Düsseldorf are in a bit of a relegation scrap. However, they have only lost one of their last four league outings (W1, D2) and are currently four points clear from the direct relegation places.

And although they haven’t won any of their last six away games in the division, they could now go three consecutive away matches without defeat for the first time since February.

It's all about the little things, I guess. 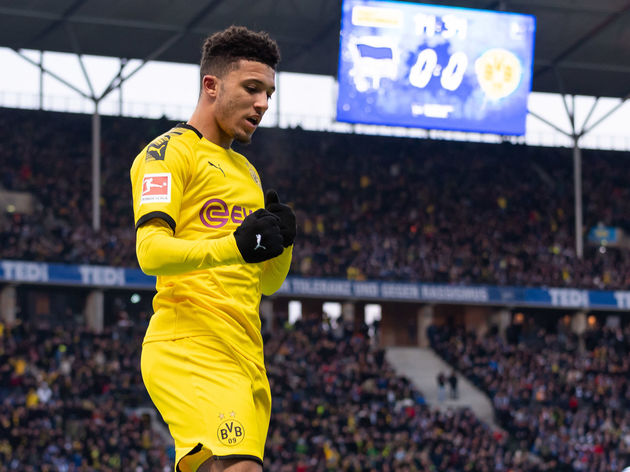 Jadon Sancho is quite some player, isn't he? He has scored 17 goals and registered 20 assists in the Bundesliga since the start of 2018/19. These are both highs for a teenager in one of Europe’s top five leagues. A difference maker.

As for Düsseldorf, well they have Rouwen Hennings. Don't know him? Well, he has scored eight of his side’s last nine goals in the league, netting more often this season (10) than in his previous two league campaigns combined (8). Now you do.