So, Liverpool are a properly good football team again, just like the good old days.

How do we know this? Well, for one they won the Champions League earlier this year.

Secondly, they're leading the Premier League title race this season, with their closest 'competitors' eight points behind. Marco Silva was the most recent victim of Klopp's Liverpool, joining a small batch of bosses who have been dismissed by their Premier League teams after losing to the Reds.

Who are all these managers, you say? You wanna know? Well, look no further! They're all below! Enjoy! I'm not going to lie, I had completely forgotten about Francesco Guidolin's stint at Swansea when the Welsh side were trading blows in the Premier League.

The Italian kept the Swans up during his first season, despite his appointment being met with some scepticism, but a poor start to the following 2016/17 term saw the former Udinese boss sacked and Bob Bradley brought in for an ill-fated spell.

The straw that eventually broke the camel's back was a defeat to Liverpool at the Liberty Stadium. The Reds had to come back from a goal down, but Roberto Firmino's strike and James Milner's penalty ensured the writing was on the wall for Guidolin. Slaven Bilic is still held in very high regard by ​West Ham fans, despite how things went towards the end of the Croat's spell in charge.

Players like Dimitri Payet had been brought in and the Hammers were playing some brilliant football, but Bilic's spell in Stratford would eventually end when Liverpool rolled them over on their own patch.

Goals from Mohamed Salah and Joel Matip had the visitors two up inside half an hour, and while Manuel Lanzini's 55th minute effort briefly gave them hope, Liverpool would strike back with another couple in the final 34 minutes.

Bilic was given the boot soon after, and David Moyes was signed on until the end of the season. Ah, ​Fulham. Their return to the Premier League promised so much, yet delivered so little.

The Cottagers were media darlings during the 2017/18 season, with their free-flowing style benefitting the likes of Ryan Sessegnon, Aleksandar Mitrovic and Tom Cairney.

However, doubts over their defensive ability - or lack of it - in the Premier League arose quickly and manager Jokanovic had no answer to the questions being posed to his side on a regular basis.

The 2-0 defeat to Liverpool actually had a tinge of controversy about it, with Mitrovic having a header disallowed for offside despite the Serbian appearing to be on, before Salah raced up the other end to score 14 seconds later.

It's probably harsh to tell a manager to win at Anfield or face the sack, but that's what Fulham decided to do, bringing in Claudio Ranieri as Jokanovic's replacement. Not that that lasted too long, mind. 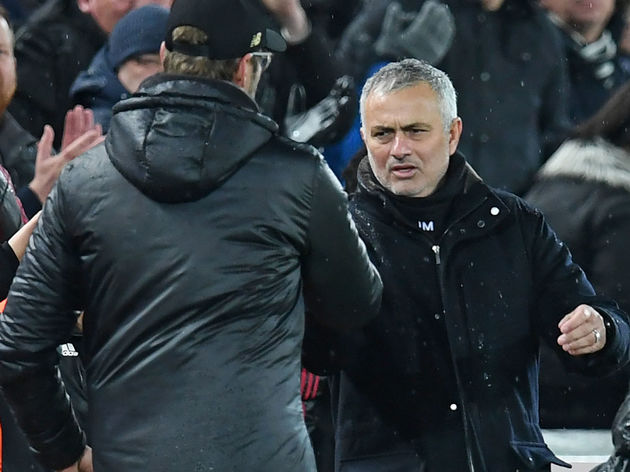 Mourinho's stint at ​United was box office from start to the finish. And boy oh boy, did it finish in a big, big way.

The current Tottenham boss was thought to have lost the dressing room at Old Trafford as results stagnated following two decent seasons.

By the time of his dismissal, coming after a 3-1 loss at Anfield, United were closer to the relegation zone than they were to then Premier League leaders Liverpool.

But he's back in town now! The latest victim of Klopp's Liverpool, Marco Siva has got through three Premier League managerial jobs but never really impressed in any of them.

An ultimately unsuccessful period at Hull - I say unsuccessful because, well, they were relegated - saw Silva strangely rewarded with the Watford job. He won a few games there and suddenly ​Everton came calling.

It all seemed a bit premature, but Everton can be funny here and there, so we all went along with it.

A basically fine first season went with a few hitches along the way, but this term the club's form has been dreadful. Big money signings have failed to deliver, and Everton were in the relegation zone by the time of his dismissal after Klopp and Liverpool ran riot at Anfield with a 5-2 win.