Atletico Madrid made it five away La Liga draws on the trot as their clash with Villarreal ended in stalemate on Friday night.

With pressure thought to be building on manager Diego Simeone, Atleti failed to find a way through their hosts' defence, with Joao Felix going closest when he hit the post. Villarreal goalkeer Sergio Asenjo was also in inspired form, making some important stops to deny the visitors.

The draw means Atleti will likely lose more ground in the La Liga title race, with rivals Barcelona and Real Madrid both in action on Saturday. 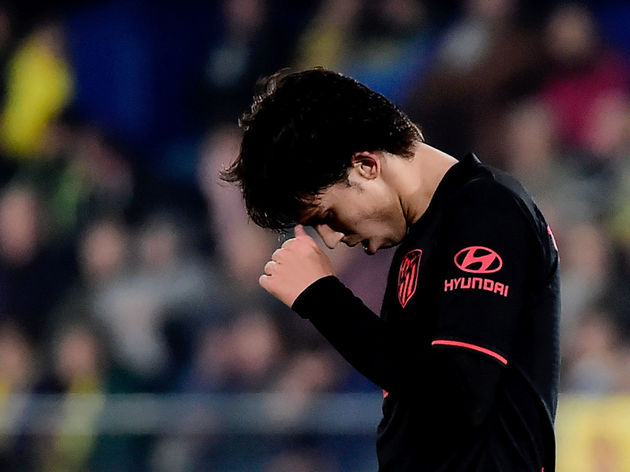 There had been talk before Friday night's clash that there was some disharmony in the Atleti squad following a series of disappointing results, talk that Simeone was ​quick to quash.

However, ​Atleti had managed just two wins in their last six following the loss to ​Barcelona on Saturday, so it's perhaps hardly surprising that questions regarding Simeone's future at the club were starting to pop up. 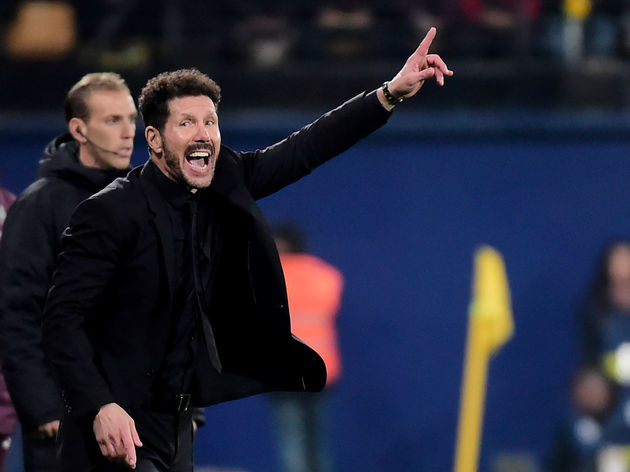 So perhaps in some ways a goalless first half, interspersed by Felix hitting the post and Jan Oblak making a few stops, was exactly what the 2013/14 La Liga champions needed.

But while things were a little calmer, Atleti struggled in front of goal for the duration of the game.

Felix often looked like the player who may have been able to break the deadlock, racking up an large total of nine shots by full time, but he only ever went close, failing to hit the back of the net.

STAR PLAYER - The below picture probably doesn't paint him in a great light, but Renan Lodi actually had a pretty solid evening for Los Colchoneros.

Lodi was bright throughout, providing a calm presence down Atletico's left hand side while bursting forward to support his attacking teammates. He did, however, miss a golden chance, smacking one over on the half-volley from close range. But all in all it was a good outing from the Brazil international, who looks like the player who could hold down the left back spot as Filipe Luis' long term successor.

⏱ 79' [ 0-0 ] Massive chance for @renan_lodi following a perfect pass from @joaofelix70! The Brazilian's unlucky not to score.

Villarreal aren't in action until next Sunday, when they take on ​La Liga flyers Sevilla, while Atleti have ​Champions League commitments in midweek to look forward to. A win against Lokomotiv Moscow on Wednesday would guarantee progression to the knockout stages of Europe's elite competition, but anything less would open the door for Bundesliga outfit Bayer Leverkusen, who host Group D winners ​Juventus.

They're then back to domestic duty the following weekend with a game against Osasuna at Wanda Metropolitano.