Marco Silva has released a statement thanking those at Everton following his sacking by the club on Thursday.

The former Hull and Watford boss was dismissed following a dismal run of form, ending his tenure with a 5-2 defeat in the Merseyside derby on Wednesday night.

The defeat leaves Everton in the relegation zone ahead of games against Chelsea, Manchester United, Leicester and Arsenal. 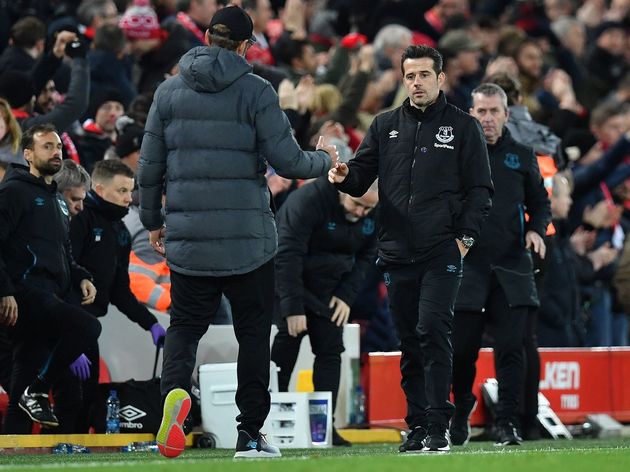 In a statement released by the League Managers Association, Silva ​stated: "It has been a real honour to have managed Everton for the past 18 months and I would like to thank Farhad Moshiri, Bill Kenwright, Denise Barrett-Baxendale, Keith Harris, Marcel Brands and the entire board for giving me the opportunity to be part of this special club.

"Thank you to all of the Evertonian fans who always live and breathe the club and show such great passion.

"A special thank you to all of the players, for their professionalism and the commitment they put into their work every day and to the club staff who welcomed me to Finch Farm training ground and made me feel at home.

Former Toffees striker Duncan Ferguson has been placed in temporary charge - a story broke by 90min - for the home game against Chelsea on Saturday while the search for a new manager continues.

The LMA has released a statement on behalf of Marco Silva

​Everton brought Silva in for the 2018/19 season, resulting in an odd rivalry developing with fellow ​Premier League side ​Watford, where the 42-year-old was previously contracted.

He was heavily backed in the transfer market, with players like Richarlison, Lucas Digne, Yerry Mina, Andre Gomes, Moise Kean and Alex Iwobi brought in for considerable sums, but their performances so far have left Everton near the bottom of the table rather than challenging for the European places.