ROFL: The Best Memes & Funnies From Around the Premier League This Week

The Premier League never disappoints. The action is always fascinating, but the response on social media is what makes it even better.

What's worse than losing to your old club?

Losing and then being patted on the head by the new manager. pic.twitter.com/HUFaKBFP5e

José Mourinho returned to Old Trafford, only to get sent packing as ​Manchester United cruised to a 2-1 win. That was bad enough, but Ole Gunnar Solskjaer made things infinitely worse by patting Mourinho's head at the end of the game.

Is Mourinho one of the greatest managers of all time, or is he a toddler who has just managed to write his own name with only three spelling mistakes?

girls can be obsessed with football too. solskjaer patting mourinho’s head after outwitting him for 90 mins at Old Trafford is a turnon only football can provide. https://t.co/niAcApwjvs

Solskjaer's pat on the head to Mourinho is up there with Mourinho's shaking hands with opposing managers with 5 minutes to go. Disrespectful banter at it's best 

You've got to love Solskjaer acting like everything is alright at Old Trafford these days. The only thing that mattered was getting one over on Mourinho, and that deserves infinite respect.

The absolute scenes when Pep Guardiola returns the favour on Saturday. So, we're all in agreement that ​Everton are pretty rubbish these days? Good.

Marco Silva paid the price for all of that. The Portuguese boss was unceremoniously relieved of his duties after his side were mercilessly picked apart by ​Liverpool, but that was only the latest in a loooooooong line of disappointing results.

Fans were divided about the decision, but the entire world came together to celebrate the possible return of one man - David Moyes.

'Hi, is that Tim Cahill? Tim, it's Moyes. Ring around to Neville, Osman and Fellaini. The band are getting back together.' #EFC pic.twitter.com/iJy6S9RhiU

At least there might be a bit of passion and identity brought back to the club.

You can only move up from rock bottom. #Moyes #Cahill #Silva #SilvaOut #Everton pic.twitter.com/NCOoTtK0qK

Silva sacked, but knowing Moyes will come in pic.twitter.com/ODBv8dJOGn

It's time to unleash the goat pic.twitter.com/pSM9q4dQIj

​Admit it, you absolutely want to see Moyes back in business. Well, unless you're an Everton fan.

But come on, Toffees. Just take one for the team and bring him home.

So if he'd been i/c of Everton for their 15 games this season, he'd have four wins (and that's generous, I've rounded up) i.e. no better than Silva.

And that's without his reactive, dour style and persona... pic.twitter.com/mYgh2Z2rd3 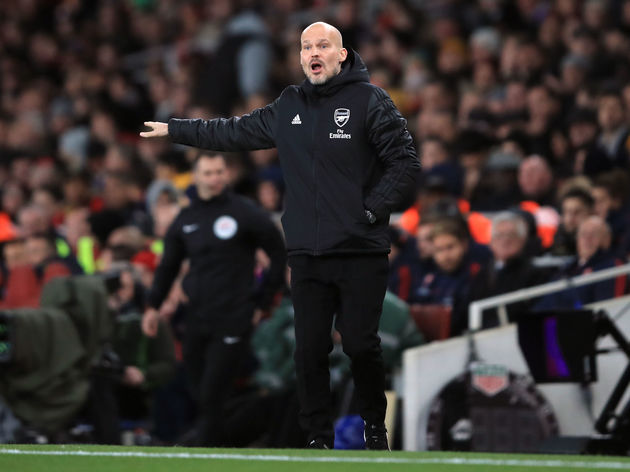 ​Arsenal fans hated Unai Emery. He was seen as the man dragging this legendary club down​, so his departure was one of the happiest days in recent memory for the Gunners (even if that's not saying much).

Here we are, two games later, and things somehow seem even worse.

The 2-2 draw with ​Norwich City was bad enough, but following that up with a 2-1 loss to ​Brighton and Hove Albion? Ouch.

Arsenal fans taking Ljungberg out of the club pic.twitter.com/Qr0gdJjCSo

Arsenal are hovering perilously close to the relegation zone, and their tricky run of fixtures suggests that the fear and anxiety is not going anywhere anytime soon.

I'm moving on loan to the Arsenal Women's so I can finally see us win a game, good luck for the rest of the season @Arsenal please try not getting relegated hth.....  pic.twitter.com/u6fNtfk7H7

The Ban Is Over

The Blues saw their transfer ban reduced (and lifted) after being found to have committed less than half of the breaches which FIFA punished them for.

Obviously, fans went wild for the news. That ​Eden Hazard money is still burning a whole in their pocket, and just wait for that £58m from ​Álvaro Morata's exit to come in.

Hearing this Gargantuan Establishment of Chelsea Football Club has been unchained... We are in to ruin the market again. Be afraid

YEEESSSS!!!!! TRANSFER BAN IS OVER!!!!
I don't think everyone is ready! Chelsea are back!! Step aside Man City, the OG's are back in town. Time to ruin football again!  #RuiningFootballSince2004 pic.twitter.com/3ySKG5pKz2

Jadon Sancho? Go on then.

Timo Werner? It'd be rude not to.

Kai Havertz? Well, if you insist.

He just loves a big game doesn’t he pic.twitter.com/ZDwnodZqFE

Is there anything ​Divock Origi can't do?

The Belgian played a starring role in the Reds' 5-2 win over Everton, continuing his ludicrous record in Merseyside derbies. The man scores goals.

Origi when it's time to play Everton pic.twitter.com/uhGYqOvmTp

Shaqiri - Origi - Mane when they start together pic.twitter.com/1wm10Ob93E

Is it too late to count them ballon d or votes? #origi pic.twitter.com/d5AyaFdJOs

It feels like Origi pops off the bench two or three times a season to drop an absolute 11/10 performance, and we've had the first one already.

The question is - who's next?