Memorable, symbolic, significant; you can take your pick of the superlatives used to describe Liverpool's 5-2 derby victory over Everton, and there's a good chance it applies to one side or the other.

For Everton, their most recent Anfield humbling will go down in infamy for all the wrong reasons. It moved them beneath Southampton into the relegation zone at the 15-game mark and served as a sobering reality check that cost a defeated, desensitised Marco Silva his job.

For the home side, however, the picture could hardly be further removed.

Liverpool now have as many Premier League wins this season as Everton have points.

Their only issue so far has not been winning games well enough. E

But while those inefficiencies at the back, a cause for concern by their own standards, once again had a part to play at Anfield on Wednesday night, you'd be hard pushed to argue this win wasn't convincing.

The nature of the victory was hugely encouraging and welcome at a key junction in the season. The Reds had scored upwards of three goals just once in the league going into this game, a feat they achieved nine times over the course of the 2018/19 campaign, so to see them once again put a rival to the sword with a signature attacking masterclass was more than welcome.

We knew, though, this was something Liverpool were capable of. There was little doubt in anyone's mind that at some stage they would get back to their attacking best, and start killing games off before half-time, at some point throughout the season.

A 5-2 victory over one of the division's weakest sides, then, at face value at least, didn't really teach us anything new. For the lessons we learned about the Reds from this one, you have to look beneath the surface. 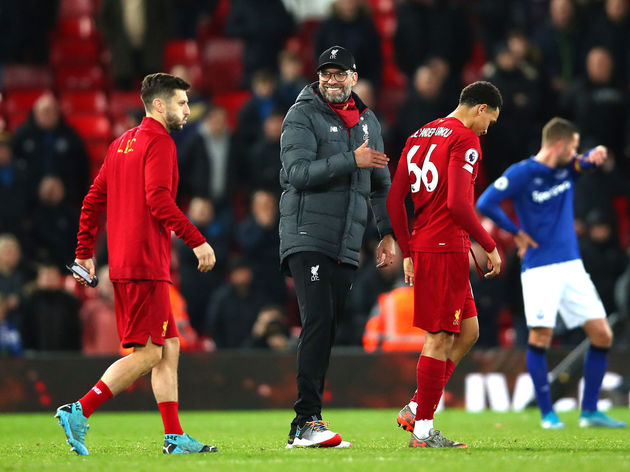 Much was made of the starting lineup going in. Wedged awkwardly between a testing victory over Brighton and a potential banana skin of an away trip to Bournemouth, the familiar faces of ​Mohamed Salah, Roberto Firmino and Jordan Henderson found themselves sitting out. In from the cold came Xherdan Shaqiri and Adam Lallana, with just three league starts between them, and the serial rotation beneficiary that is Divock Origi.

The absence of Alisson and Fabinho to suspension and injury completed the pieced-together aesthetic of the side, and while Jurgen Klopp has enough credit in the bank for most fans to reserve their judgement on his decisions, questions were raised over the 11 players on the pitch.

Instead, they were asked to do something completely, almost unrecognisably different, with parallels from the Liverpool we're all used to apparent only in the efficiency, mentality and commitment of the players who went to battle. 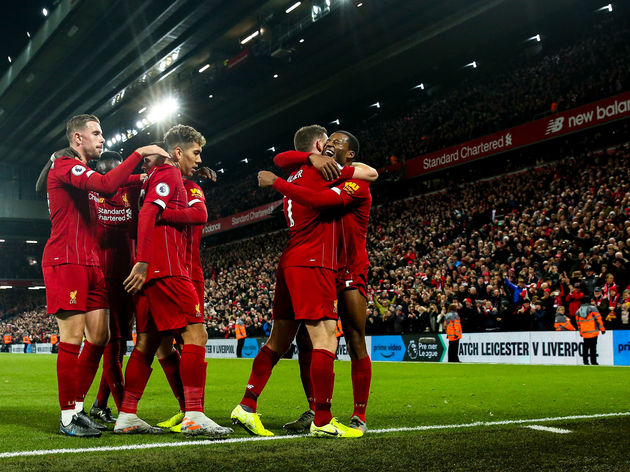 Lining up in a 4-2-3-1 formation with Lallana played as a dynamic number ten - a position Klopp has very rarely utilised in his time at Anfield - the Reds were able to play a different ball game altogether.

In a tactical masterstroke that became apparent only in hindsight, the decision to break the team up into four broad sections rather than three increased the area covered and defended by the base positions of the players. This, coupled with the changed shape of midfield, meant less running was required by the collective three in the middle - handy when you're fielding a 33-year-old ​James Milner and an attacking midfielder.

The use of Lallana, though - who turned in his best performance in recent memory - as an attacking midfielder, also allowed Divock Origi to play on the shoulder of the defence. He wasn't required to drop deep and emulate the inimitable Firmino, and his two goals highlighted the effectiveness of that strategy.

As a whole, the 4-3-3 normally used by Liverpool depends on intelligent, rapid passing from back to front, often resulting in one of Trent Alexander-Arnold or Andy Robertson bursting onto through-balls on the flanks. The revamped tactical set-up on display here lent itself more to long balls from the back to find the forwards in space.

And it worked - devastatingly.

"You could declare Liverpool a long-ball team... but not that kind of long-ball team," said Sky Sports co-commentator Jim Beglin, as the score sat at 2-1. As he said it, Dejan Lovren dropped a 70-yard pass into the path of Origi, who obliged with a lovely lobbed finish to double the Reds' lead once more. 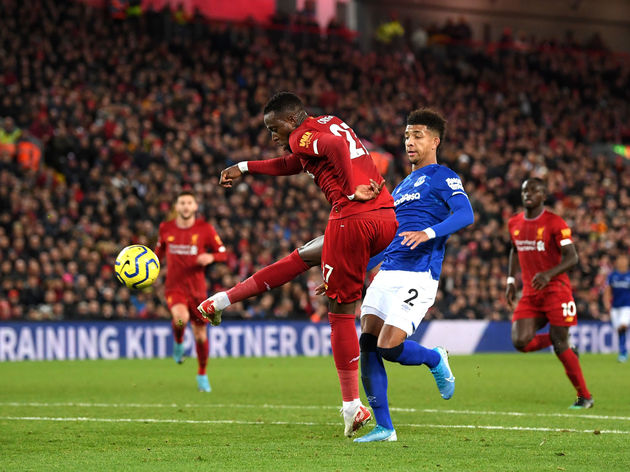 100 – Liverpool’s victory over Everton was Jürgen Klopp’s 100th Premier League win in his 159th match in charge in the competition; among all managers, only José Mourinho (142 matches) enjoyed 100 wins in fewer games in the competition’s history. Centurion. #LIVEVE pic.twitter.com/XHRKbQayUK

Might the long-ball 4-2-3-1 be the way forward, once the effectiveness of the default system and status quo personnel begins to wane? There's every chance.

Previous criticisms of Liverpool have pointed to their lack of versatility, their lack of a contingency strategy for when plan A isn't working. The Merseyside Derby showed in no uncertain terms that this manager and these players are not standing still; they know how to change it up, and they're not afraid to.