​The pressure is well and truly on Carlo Ancelotti ahead of Napoli's Seire A clash with Udinese at the Stadio Friuli on Saturday.

After being tipped by many to challenge Juventus for the Scudetto, I Partenopei find themselves eight points off even the Champions League places. The team have finally gone into 'retiro' after a clash between the board, the fans, the players and the manager threatened to see stars like Kalidou Koulibaly and Lorenzo Insigne put up for sale in the January window.

Despite all the turmoil ​Napoli will still be favourites against a distinctly average Udinese side who sit just two places above the relegation zone.

Carlo Ancelotti could go into the game with as many as five first team players unavailable for selection.​

Kalidou Koulibaly, Arkadiusz Milik, Allan, Faouzi Ghoulam and Lorenzo Tonelli could all miss out due to respective injuries leaving the Italian's squad down to the bare bones for one of the most decisive games in his Napoli career. Udinese on the other hand only have one potential injury concern, with ​Watford loanee Ken Sema likely to miss out due to a muscle problem.

I Bianconeri have struggled in front of goal this season, netting a league-low nine in total, and will be hoping another former Hornets player Stefano Okaka can finally start doing the business up top this weekend. Udinese have not beaten Napoli since 2016 when a Bruno Fernandes double was enough to see them come away with the three points against a Napoli side featuring ​Gonzalo Higuain.

Since then, Napoli have won all seven of the meetings between the pair in both league and cup competitions. 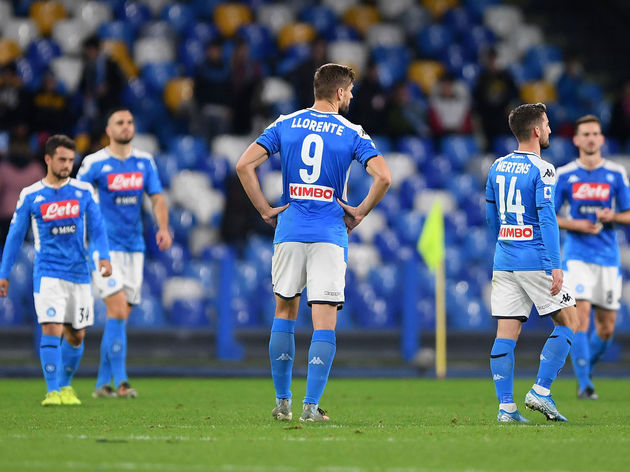 It's safe to say that Napoli have underwhelmed this season. After massive investment in their defence and a genuine goal threat up top, they seemed well equipped to challenge ​Juventus and go for just their third ever Scudetti.

Instead, they went the whole of November without winning a game, and managed to draw with relegation-bound SPAL, who even ​AC Milan could beat. Another poor result on Saturday and that could be it for former ​Chelsea and ​Real Madrid boss Ancelotti.

Udinese have conspired to be even worse although, to be fair, not much more was expected from them. Despite a 4-0 midweek win in the cup, they look toothless up front in the league, and after losing to Claudio Ranieri's Sampdoria side, they find themselves just four points above Genoa in 18th. A shock result against the Napoli could do their chances of survival the world of good.

Here's how the two have got on their last five matches... With Udinese's lack of goal threat you would have to make Napoli favourites for this one despite their awful form.

It seems to be a case of now or never for Ancelotti, and another game without a win could spell the end.