Transitions and rebuilds are annoying things for football fans.

Progress often seems to be bogged down and the promise of eventual success never seems to materialise.

However, Germany's story shows how a nation can rise from international tournament disappointment to reestablish themselves as a powerhouse once again. Players like Oliver Kahn and Michael Ballack would pull them through to the 2002 World Cup final in Yokohama before another early exit in the 2004 European Championship.

Hosting the 2006, the World Cup in Germany saw a number of the country's future stars start to assert themselves on the international stage. Defensive stalwarts like Per Mertesacker and Philipp Lahm were thrown in, Bastian Schweinsteiger was given the left wing to patrol and the pair of Miroslav Klose and Lukas Podolski would terrorise opposition sides for the next eight years. 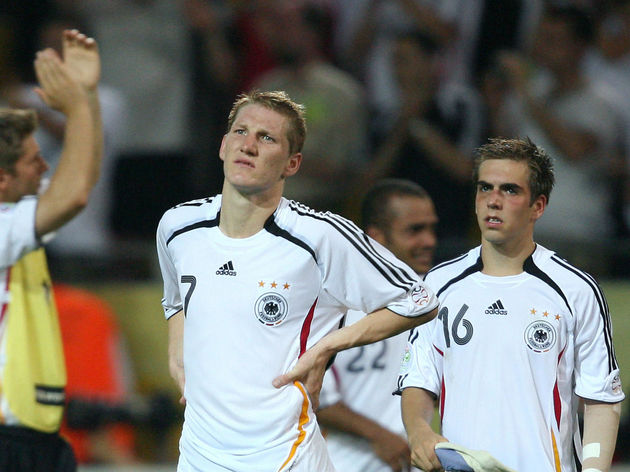 Fast forward eight years, during which time they would finish second at Euro 2008, third at the 2010 World Cup and lose in the semi finals at Euro 2012, and Germany were celebrating their triumph at the 2014 World Cup, Lahm and Schweinsteiger among the group's leaders charging around Brazil with the most prized trophy on the planet.

Manager Joachim Low, who took charge of the side in 2006, masterminded a squad evolution when he took over that resulted in the identification of some of the world's greatest young talents, culminating in those same players eventually writing their names in history. Players like Schweinsteiger, Lahm, Klose, Mesut Ozil, Thomas Muller and Manuel Neuer.

The team lost just once in 2013 on the road to the World Cup, building on their resolute backline by playing to the strengths of their fascinating attacking players.

Muller, often the star at 2010's showpiece, again emerged as Germany's prime goalscoring threat at 2014's event, though they also had players like Andre Schurrle, who didn't start a game during the tournament and yet still ended up with three goals as well as the assist for that winning goal in the final. The ageing Klose still had enough to fire in a couple of goals, while even Mats Hummels got on the end of a few crosses.

It was Muller who helped Germany make an incredible statement in their first match, the ​Bayern Munich forward scoring a hat trick and also playing a part in getting defender Pepe sent off as Portugal were beaten 4-0. Surprisingly enough, that clinical streak seemed to desert Low's side until, erm, ​a certain semi final, as Ghana held on for a 2-2 draw, while the USA were only just see A journey certainly felt completed with Lahm lifting the World Cup trophy, as he and a number of other squad members retired from international football soon after, content that this was the happiest possible ending on the world stage.

The infrastructure is still there, and Germany's 2014 World Cup winners put the final blueprint into action, becoming an iconic and legendary team in the process.