And so it is, Chelsea will be able to sign new players in January after the Court of Arbitration for Sport cut short their two-window transfer ban.

The announcement saw Christmas come early for the Blues, with the club's supporters ​salivating at the prospect of new arrivals at Stamford Bridge sooner rather than later.

FIFA had served Chelsea a transfer embargo running until summer 2020 in February as a punishment for breaching rules surrounding signing underage players, ​but the sanction was reduced by CAS on Friday morning meaning the west London club can bring in new recruits as early as next month.​ 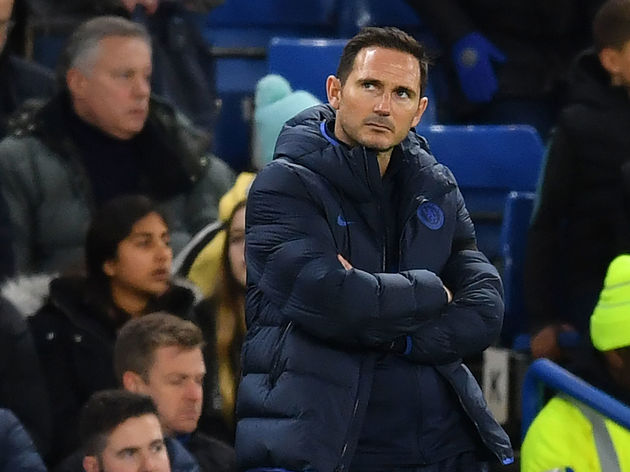 The ​Chelsea fans and hierarchy alike will be rubbing their hands together at the prospect of splashing the cash once again with a view to challenging for the top domestic and European honours in the near future.

However, and it's a big however, Frank Lampard - an intelligent man in the context of the football sphere - must surely be acutely aware that this is a time for pragmatism. Already there is talk from reputable sources of ​a £150m transfer kitty for January alone. Ostensibly, that isn't that much considering how much the top sides are willing to part with nowadays, but given that spending in the new year window has diminished significantly in recent seasons, it would represent a serious outlay for the Blues.

While it's surely tempting to splurge it all, t​Champions League The notion of Jadon Sancho leaving ​Borussia Dortmund seemed very unrealistic just a few weeks ago. However, a supposed breakdown in relations between the player, his manager Lucien Favre and some sections of the Dortmund support means the club's Player of the Month for November could ​feasibly be on his way out of the club - albeit for a huge fee.

While he would be costly, the England international would represent a marquee signing and see Eden Hazard properly replaced after his departure to ​Real Madrid in the summer. Sancho might eventually follow the Belgian to Spain but, at just 19 years of age, the Blues could get plenty out of him even before he hits his prime, and they would stand to make a significant profit if he continues on his current trajectory.

Chelsea do have options on the wing, but the likes of Pedro and Willian are ageing, while Callum Hudson-Odoi has struggled with injury. Christian Pulisic's presence does throw this deal into question, but there is no issue with having strength in depth. Chelsea haven't properly addressed the left-back area since it became evident that Marcos Alonso is much better going forward than defending. Emerson Palmieri is a perfectly cromulent player, but he is not a top-level full-back.

While Ben Chilwell has been touted as a potential January target, Ajax's Nicolas Tagliafico would be a cheaper, more experienced and more realistic option given Chilwell's Leicester currently sit second in the Premier League.

The Argentine is formidable both going forward and defensively with five goals and three assists already this season on top of an average of 2.9 tackles and 1.7 interceptions per game. At 27, he is perhaps ready to make the jump to one of Europe's top leagues, before its's too late. Ironically, Hazard's arrival in the Spanish capital has probably limited Isco's game time and may even have made him a feasible option in January.

Although he has struggled for goals and assists of late, picking up all of zero so far in 2019/20, this would be a marquee signing with the hope that the playmaker could rediscover his best form in London. Perhaps a loan with an option to buy could be the best option for all parties.

However, his re-emergence in Zinedine Zidane's starting lineup's of late could put paid to any notion of a mid-season transfer.

Another 27-year-old, Isco should technically just be hitting his peak and he would provide a quality, versatile option who can operate on the left or in his preferred position as a number 10. Another supreme attacking talent, Chelsea can now join the Moroccan's long list of suitors with their transfer ban lifted.

Ziyech has a burgeoning reputation as a result of Ajax's run to the Champions League semi-finals last season so the Blues would face stiff competition were they to pursue a deal, including London rivals Arsenal and Spurs. However, he would surely come cheaper than Sancho.

He has already demonstrated his ability on Europe's biggest stage, and his ridiculous return of seven goals and 20 assists (yes, 20), and wand of a left foot speak for themselves. An alternative to Tagliafico, Gaya has been operating at a high level in a struggling Valencia side for a number of seasons now.

The 24-year-old is defensively sound and can get forward well, although he wouldn't be much of an upgrade on Emerson and Marcos Alonso at left-back. However, his age means time is on his side and there is plenty of room for improvement.

In two years time it could be a move that is looked back upon as a shrewd move by the Blues, as is the case with Gaya's compatriot Cesar Azpilicueta.