Everton have parted company with manager Marco Silva, following the Toffees' 5-2 defeat to Liverpool on Wednesday night, the club have confirmed.

The Merseyside outfit looked to have turned a corner after a poor start to the season, following up a creditable draw with Tottenham with victory at Southampton prior to the international break.

However, the same defensive fragility that has plagued them all season has come to the fore yet again, with an agonising 2-1 defeat at Leicester followed by a 5-2 thrashing at the hands of ​Liverpool on Wednesday.

The latest loss left the ​Toffees in the relegation zone, with just 14 points from their first 15 games - tPremier League

Since joining back in 2018, Silva has averaged just 1.28 points per game, which is the lowest tally of any manager at Everton since Walter Smith, who left the club in 2002.

Silva was sacked on Thursday afternoon, with the former Hull and Watford boss Silva leaving his post just less than 18 months after his appointment in May 2018.

A short ​statement from the club thanked Silva for his service, while confirming that coach and club legend Duncan Ferguson will take temporary charge of the first team for the game against ​Chelsea on Sunday, as ​90min reported in November. 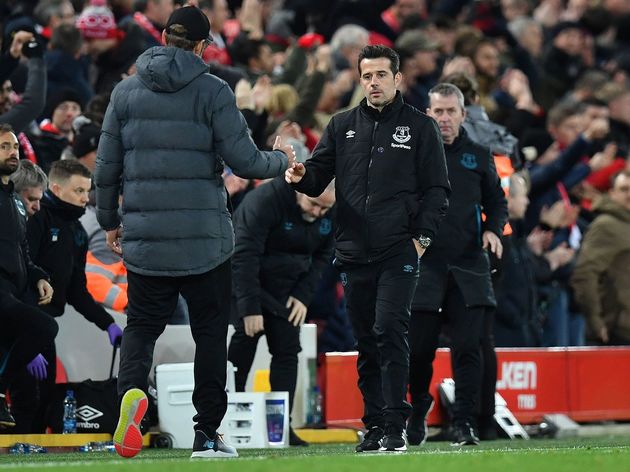 Silva's Everton had been able to secure a decent eighth-placed finish in his first campaign, but they have gone backwards since the summer, despite heavy spending, and are now sat in 18th following the defeat at Anfield.

The club also confirmed that they will now undergo a recruitment process to determine who steps in as their fourth permanent manager in less than four years.

Rumours have suggested former manager David Moyes could be brought back in as manager.