​Everton are hoping to tie left-back Lucas Digne to a new long-term contract after a string of impressive performances since joining the Toffees.

Digne signed a five-year contract when he joined Everton in an £18m deal from Barcelona in August 2018 and has established himself as the club's first choice left-back. 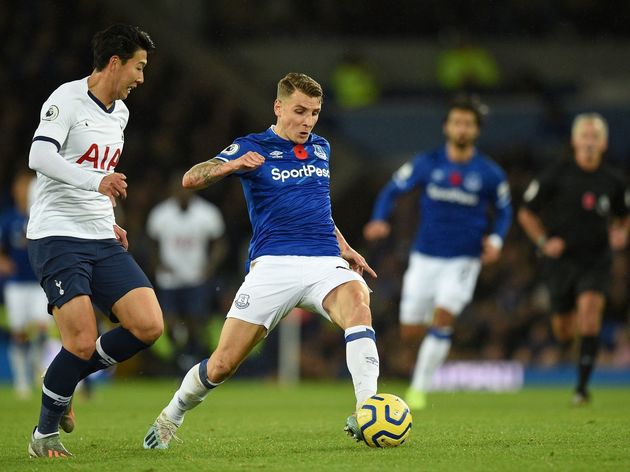 According to the ​Daily Mail, Everton are keen to offer the France international a new deal in order to fend off any interest from Premier League clubs, with ​Tottenham reportedly keeping a keen eye on the left-back.

With the market for full-backs currently at an all time high, the ​Toffees value their defender at £70m and are eager to extend Digne's contract in order to protect one of their most prized assets.

Digne has been an integral figure in Marco Silva's side and enjoyed a stellar debut season, contributing four goals and four assists in 35 Premier League games in the 2018/19 campaign.

The Frenchman has continued his fine attacking form into the 2019/20 season and has already amassed three assists in 15 Premier League games so far, though Everton's collective defensive struggles see them languishing in the relegation zone.

Any contract extension will come soon after the Toffees extended Richarlison's contract on Tuesday afternoon after an impressive individual start to the campaign.

The ex-Watford forward has scored five goals and assisted twice in his opening 15 games of the 2019/20 season and has broken into Brazil's national team following his stellar performances.

Everton will also be hoping to ​resolve the future of under-fire manager Marco Silva, who has guided his side to victory on only four occasions so far in the league.

They face a tough run of fixtures in the coming weeks, hosting Chelsea at Goodison Park before travelling to Old Trafford to face Manchester United the following week.