​Everton manager Marco Silva is understood to have said his goodbyes to his squad following Wednesday's 5-2 defeat to Liverpool as he prepares to be given the sack by the club's hierarchy.

The loss - their ninth of the season so far - ensured Everton stayed in the relegation zone and only increased the already severe pressure on Silva.

The Portuguese has been nearing the exit door at Goodison Park for a number of weeks, and ​The Sun now claim that Silva spoke to his squad after the game to say farewell as he believes he could be sacked at any time on Thursday.

​The Athletic add that there will be a conference call involving the ​Everton chiefs on Thursday morning to decide Silva's fate.

Former boss David Moyes is understood to be near the top of their wish list of replacements, and he is keen on the move if Silva is sacked, while former midfielder Tim Cahill is also in the frame to take over following his retirement back in March. After the poor defeat to ​Liverpool, Silva confessed that his side have not been good enough this season, so the pressure is more than understandable.

"It is really tough for us but if you are in the relegation zone then it is because you are making the same mistakes and not strong enough to be in a difficult position," he confessed.

"I am not here to talk about the fighting of the players because they do fight, but our opponent was braver but we know it is tough for all of their opponents. We weren’t good enough. 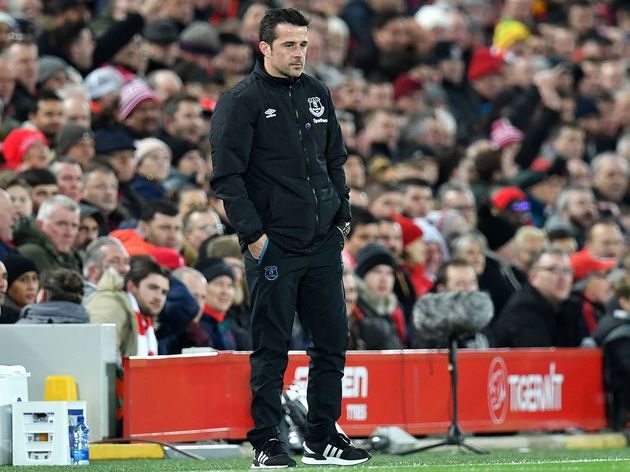 Everton's next game will see them welcome ​Chelsea to Goodison on Saturday, but as it stands, it seems highly unlikely that Silva will be in the dugout for that game. Thursday's conference call could be the final nail in his coffin.