​Chelsea are expected to learn the result of their transfer ban appeal on Thursday, which could kick-start their pursuit of Borussia Dortmund winger Jadon Sancho.

The Blues appealed to the Court of Arbitration for Sport that they should have been given the chance to accept a fine for breaching rules around signing young players, rather than being hit with a two-window transfer ban - the first of which they have already served. According to ​The Telegraph, CAS will reveal their verdict on the situation on Thursday. ​Chelsea hope to see their ban overturned, which would finally allow them to enter the transfer market to bolster their squad.

One player who is thought to be high on their wish list is Sancho, who has endured a difficult season with ​Dortmund. The German side are prepared to ​listen to offers for the winger in January, and Chelsea appear determined to involve themselves in negotiations.

​Goal claim that Chelsea are confident that they can win the race for Sancho's signature. They feel as though ​Manchester United do not pose too much of a threat, given their poor league position this season, which opens the door for them to move in. 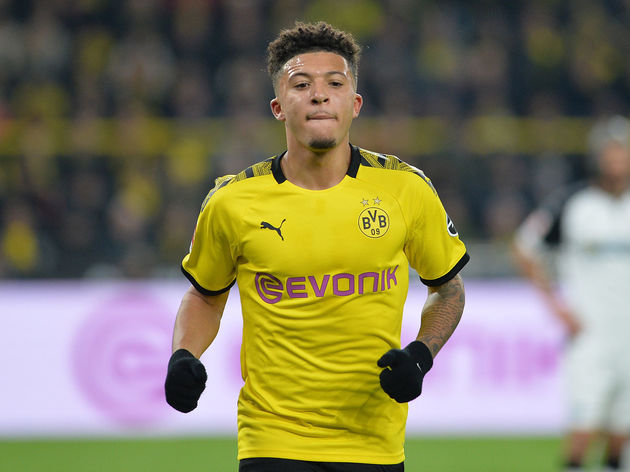 ​Liverpool are unwilling to meet Dortmund's high demands, while ​Manchester City have no real interest in bringing Sancho back to the club right now, meaning Chelsea could be one of the more feasible landing spots for him.

The club also hope that Sancho's close relationship with stars like Tammy Abraham and Callum Hudson-Odoi will also encourage the winger to make the switch to Stamford Bridge, either in January or at the end of the season. The Blues are prepared to shatter their transfer record to sign Sancho, who would likely cost in excess of €105m, but that is not a problem for Chelsea. They still have plenty of funds available following ​Eden Hazard's departure to ​Real Madrid during the summer, so a blockbuster move is certainly possible.

With both ​Willian and ​Pedro out of contract at the end of the season, recruiting a new wide player is one of the club's top priorities, and it appears as though they have set their sights on Sancho.