Liverpool extended their incredible run of form to 32 league matches without defeat after seeing off Everton 5-2 at Anfield on Wednesday night.

It didn't take long Divock Origi to put his side in front, as the Belgian rounded Jordan Pickford to tap home after a wonderful through ball from Sadio Mane. Forgotten man of this season Xherdan Shaqiri then got in on the act, finishing off a brilliant team move to slide beyond the helpless England goalkeeper.

Their two-goal advantage was cut short not long after, however, as Michael Keane fired home after a neat corner routine, before Dominic Calvert-Lewin was then denied a penalty shortly after by both Mike Dean and VAR, leaving the Reds with the chance to put breathing space beyond themselves and the visitors in sublime fashion.

​Origi had plenty to do from Dejan Lovren's excellent long ball, but plucked it out of the air with the deftest of touches before lobbing Pickford with equal measures of magnificence. ​Mane they fired home after another swift counter attack, but the goals weren't finished there, though, as Richarlison guided home with his shoulder in first-half stoppage time to reduce the arrears.

It was a far more pragmatic second half showing from the hosts, who knew their superior strength in attack meant they could allow the visitors more possession of the ball.

The Toffees pressed for a route back into the match, but their efforts were futile on another night to forget for Marco Silva, with Georginio Wijnaldum adding gloss to an already glittering scoreline. 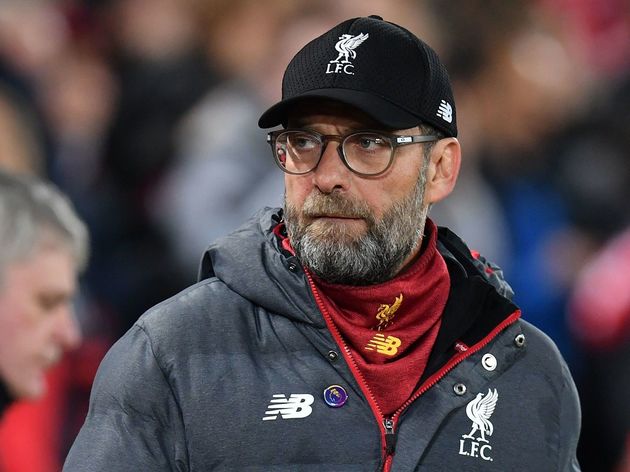 Where else to start other than the lineup? It is no secret that ​Liverpool are stretched beyond their limits with an immense number of fixtures upcoming this month, so the fact that Jurgen Klopp opted to rest some of his key stars against a mostly awful Everton side was, actually, not all that surprising.

All those doubters who questioned Shaqiri and Origi's involvement were, well, shut up in immensely proficient fashion. Two goals of the highest order silenced those in attendance (social media mostly) before defensive frailties reared their ugly heads.

However, Origi's goal was...basically, if Lionel Messi had done that it would be in highlight reels for years to come. Fortunately, Liverpool fans love him, so that will happen anyway. But - yet again - some slack defending at the back hauled Everton back into it to infuriate Klopp on the touchline.

18 - Since the start of last season, Trent Alexander-Arnold has provided more Premier League assists than any other player (18), with 15 of those coming in 2019. Baller. pic.twitter.com/0RXfMNZqCW

While the second period saw a more reserved approach take place, the frequency with which Liverpool are shipping goals is an issue that will require ironing out ahead of the crucial Christmas period.

The fact that Klopp can rotate his side with such effectiveness will be hugely pleasing to the German, who will be over the moon with which his fringe players rose to the occasion. They will need more of that over the next few weeks, however, by this reckoning, that won't be an issue. There were mistakes that cost goals at one end, but a whole hat-full of forward players who looked at their devastating best. Sadio Mane was immense on the transition and in possession, but, Divock Origi's second goal is one of the best you'll see all season, and his all-round play occupying the centre halves was superb.

Origi and Shaqiri having a blinder tonight #LIVEVE #lfc

Origi has been superb tonight Oh my, where to start?

This was nothing short of a defensive capitulation at Anfield, with the organisation - or lack of it - in the ​Everton defence leaving onlookers to wonder whether that part of Marco Silva's PowerPoint failed to load.

This was humiliating for Evertonians, who once again have had to endure a miserable night across their city with an abject defensive showing. It is such a crying shame, though, because going forward they found the avenues to hurt the Premier League leaders, but the back three, with wing-backs, was simply not working.

There was slightly more solidity in the second half, as Silva encouraged his side to play tighter to each other, but the fact of the matter was Everton simply didn't look like getting a positive result on the night, on yet another torrid evening under the Portuguese' tutelage.

Divock Origi has scored more goals against Everton (5) for Liverpool in the Premier League than Sadio Mane, Roberto Firmino and Mohamed Salah combined. Defensively this was a total mess from Silva's side, with not one member of the backline demonstrating any level of leadership or tactical awareness to prevent Liverpool's attacks. That said, however, going forward there were plenty of signs of some decent movement, with Richarlison looking the brightest of Everton's attacking bunch.

He moved across the front line with freedom, finding the pockets of space from which the visitors could penetrate. Shame his defenders can't defend.

Richarlison extremely dangerous in the air.

Liverpool return to their busy Christmas fixture list as they travel to the south coast to take on a struggling Bournemouth outfit in the Premier League on Saturday.

For the Evertonians, they must turn their attentions towards another daunting encounter, with Chelsea coming to Goodison Park in the Premier League on the same day.