Leicester City went marching on in their quest for a top-four finish on Wednesday evening, as the Foxes earned a solid 2-0 victory over managerless Watford.

Leicester dominated the first half, but Brendan Rodgers' men struggled to break down a well-organised and stubborn Watford side. Jamie Vardy thought he had earned the hosts a penalty when he was seemingly tripped in the box, but referee Craig Pawson and the Video Assistant Referee decided that he had dived, and booked the striker for simulation.

The Foxes took the lead early in the second half, after Jonny Evans went down in the box under the challenge of Adam Masina, and Vardy stroked home the resulting spot-kick.

Leicester continued to control the match, and James Maddison wrapped up the victory in the final minute of added time, helping Rodgers' side regain second place in the Premier League table.

What are they doing at Stockley Park?! When ​Vardy was caught in the penalty area and collapsed to the floor, it seemed that a spot-kick was the only possible outcome. Referee Pawson paused, then decided to award a free-kick to Watford, booking Vardy for diving in the process. 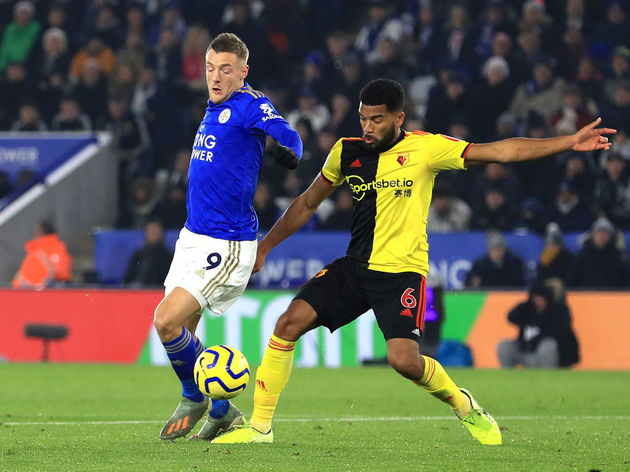 The former England international was astounded, and demanded that VAR intervene. As the replays began flooding in, it seemed inevitable that the yellow card would be rescinded and the 32-year-old would rattle in another Premier League goal.

Eventually the confirmation came, but to the surprise of just about everyone, the referee's original decision was not overturned, and the booking stood. Nine minutes into the second half, ​Leicester were finally awarded a penalty thanks to VAR, although this decision was far less obvious than the first.

Nothing clear and obvious about this episode.

STAR MAN - If you're a full-back plying your trade in the ​Premier League, you must dread coming up against players like Harvey Barnes. The young winger is one of the most dynamic and pacy players in the division, and his direct running causes endless problems for the helpless defenders. 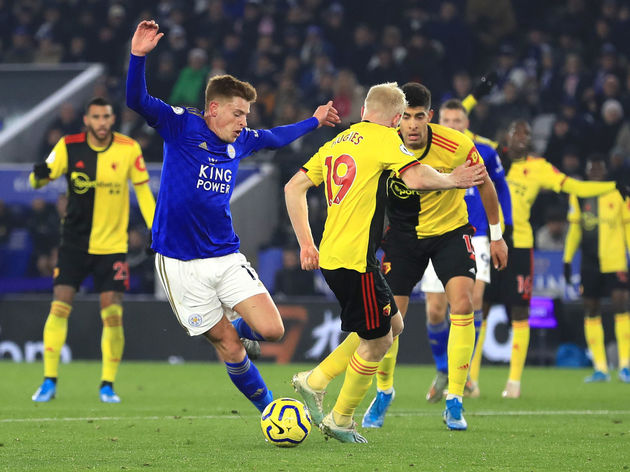 Leicester struggled to carve out clear-cut chances against their defensive opposition, but Barnes was at the heart of everything dangerous that the Foxes produced. The 21-year-old drove at the Watford backline when presented with the chance, and he will be disappointed not to have opened the scoring on two occasions.

But Barnes is a valuable asset to Rodgers' team, and his pace and craft will be crucial to Leicester's continued success this season.

And so begins life after Quique Sanchez Flores for ​Watford - again. The Spaniard lasted only ten games in his second stint at Vicarage Road, but winning only once left the Pozzo family with little choice other than to begin their search for another new coach. 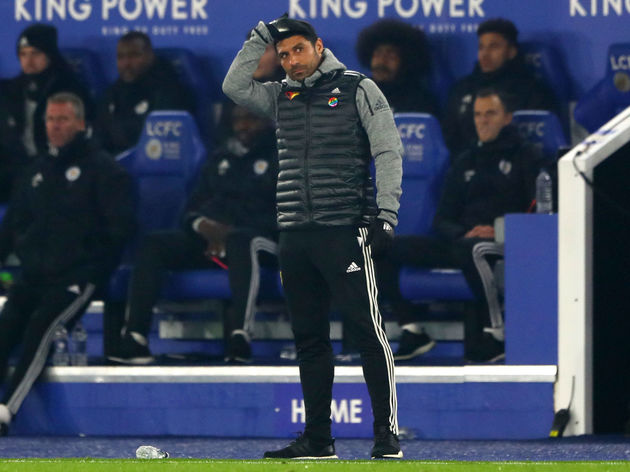 Hayden Mullins was confirmed as caretaker boss until a new man darkens the manager's door, and he demonstrated a real ability to organise the fragile Hornets. Watford looked like a team with a new-found vim and vigour during the first half, stifling Leicester to the most minor of opportunities.

A controversial penalty decision put the Hornets behind in the contest, and they struggled to test Kasper Schmeichel in the Leicester goal as they looked to get back into the match. Watford will be desperate to get a new coach in the hot seat as soon as possible, but Mullins showed a good tactical knowhow on his touchline debut. Leicester follow up their convincing victory over Watford with a trip to Midlands rivals ​Aston Villa on Sunday afternoon, as the Foxes continue their top-four push.

Watford will be desperate to appoint a new manager before their next Premier League fixture, when they entertain ​Crystal Palace at Vicarage Road on Saturday afternoon.