​UEFA President Aleksander Ceferin has revealed his dislike of VAR, while also announcing plans to try and implement a tolerance of '10-20 centimetres' for marginal offside calls.

Ceferin was speaking after a string of controversial decisions have weakened player, manager and fan support for the use of video technology in football.

One prominent area of criticism has been marginal offside decisions, such as when Roberto Firmino had a goal ruled out against ​Aston Villa after his armpit strayed past Tyrone Mings.

“If you have a long nose, you can be in an offside position these days.” UEFA President Aleksander Ceferin on why he doesn’t like VAR. @MirrorFootball https://t.co/NlKJtqvjHq

Ceferin claimed to understand why fans were criticising the system in an interview with ​the Daily Mirror and also outlined his proposed changes to the law.

“If you have a long nose, you are in an offside position these days,” he said. “Also the lines are drawn by the VARs. So it’s a bit subjective drawing of objective criteria. So our proposal will be - we will discuss this with our referees division - that it is a tolerance of 10-20 centimetres."

Ceferin was similarly critical of the handball law, which created controversy in a recent Premier League fixture between ​Manchester City and ​Liverpool.

The ball struck Trent Alexander-Arnold's arm during the potentially title race-defining game but - due to ambiguity over the rule - there was significant debate over whether referee MIchael Oliver should have given a penalty.

"W“All the top coaches of European teams, and our referee officer, Roberto Rossetti shows a handball. He says: ‘Handball or not?' Half the room said yes. Half said no. So tell me how clear the rule is. We don’t know anything!" 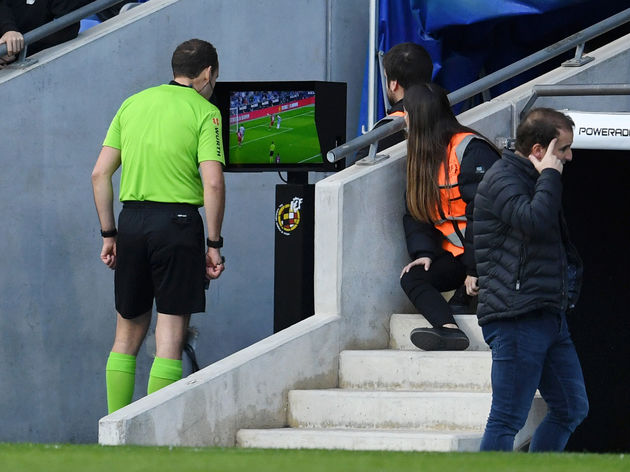 Despite his issues with the use of the technology, Ceferin ruled out the removal of VAR from this summer's Euro 2020 tournament.