The Hornets are staring relegation in the face after a disastrous start to the campaign, which is what prompted the dismissal of two managers less than halfway through.

But will a third manager be able to steady the sinking ship?

History tells us that most clubs who burn through more than two permanent managers in a single season don’t survive in the Premier League to tell the tale. Leicester survived the departure of famed boss Martin O’Neill in the summer of 2000 to take a new challenge north of the border with Celtic. But a few weeks into the 2001/02 campaign the Foxes were struggling and dispensed with manager Peter Taylor.

Dave Bassett was the man chosen to come in 10 days later. A minor revival briefly lifted Leicester from the foot of the table, but then four months without a win consigned the club to relegation. It prompted a shift whereby Bassett became director football instead.

By the time assistant coach Micky Adams was promoted in April, the ship had already sunk and the plan was focused on securing an immediate Premier League return. 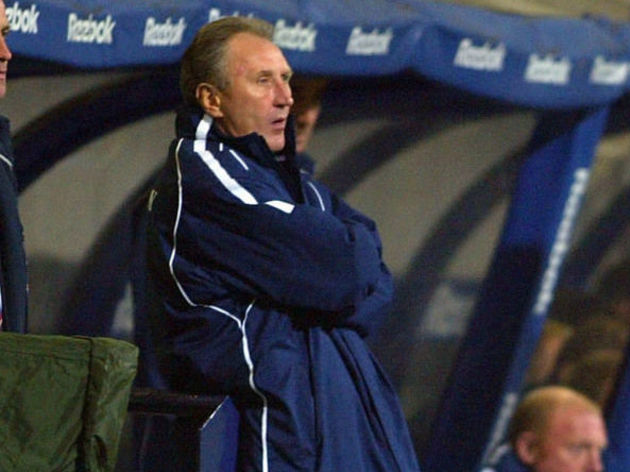 Sunderland set what was then a Premier League record for lowest ever points tally when they were relegated from the top flight in 2002/03, with none of three managers able to halt the slide.

Peter Reid, who had previously overseen two promotions and back-to-back seventh place Premier League finishes, bit the dust in early October. In his first club job since being sacked by Leeds in 1996, Howard Wilkinson managed only two wins and was sacked in March.

Relegation was likely, if not confirmed, when Mick McCarthy got the job. But nine consecutive defeats to finish the season ensured the Black Cats slipped through the trap door. When Gordon Strachan resigned towards the end of the 2003/04 campaign, Southampton got it wrong when they hired Paul Sturrock as his replacement. The new boss left ‘by mutual consent’ before even the end of August of the 2004/05 campaign amid dressing room unrest.

Despite minimal previous managerial experience, coach Steve Wigley was handed a permanent promotion. But his reign yielded one Premier League win and lasted until December.

After that, the Saints somewhat controversially turned to former Portsmouth manager Harry Redknapp. They still had a chance of staying up on arguably the most dramatic and intense final day the Premier League has ever seen, but succumbed to relegation. Having done well in a debut Premier League season in 2003/04 and staying afloat again, Harry Redknapp suddenly quit as Portsmouth boss. There were suggestions of a power struggle over the arrival of new director Velimir Zajec, but Redknapp denied this.

It was Zajec who was then tasked with leading Pompey, first as an interim boss, then on a more formal permanent basis. The former Yugoslavia international was eventually relieved of his role in April and returned to his intended post when Alain Perrin was hired. Charlton’s stability in the top flight ended in May 2006 when Alan Curbishley bade farewell to the club. The new season and a new era started with Iain Dowie in the hotseat, only for the Addicks hierarchy to pull the trigger in November and appoint manager number two.

They didn’t look far, with Dowie’s assistant Les Reed promoted instead. His tenure remains infamous to this day and lasted just 41 days, producing only one win.

Charlton’s third manager of the 2006/07 season was Alan Pardew. Results marginally improved, but the club still finished in the bottom three and haven’t been back since. On paper, the three men who managed Fulham during the ill-fated 2013/14 season – Martin Jol, Rene Meulensteen and Felix Magath – each had a polished CV. Yet none of the trio was able to make a success of themselves at Craven Cottage.

Jol was shown the door in December off the back of six consecutive defeats. Meulensteen, despite his reputation as a revered coach at Manchester United, was seemingly not cut out to be the boss and ultimately fared just as badly after losing his way in February.

Magath, a multiple Bundesliga winner, won a handful of games, but the rot had already set in and it was too late. He too was sacked soon the following season in the Championship. Ex-Udinese manager Francesco Guidolin had saved Swansea from relegation in 2015/16, but with the club still struggling the Italian was the first managerial casualty of the new season.

Bob Bradley could have been the right coach, but this was definitely the wrong time for the American, who was needlessly mocked by the British press. There were just 85 days, 11 games and only two wins between his hiring and his firing.

The Swans then turned to Carlo Ancelotti’s long-time right-hand man, Paul Clement. It proved to be the right call as a flurry of wins upon his arrival in January, and then again in April and May, kept the club in the Premier League. When Scott Parker was handed a two-year contract two days before the end of last season, he was Fulham’s third permanent manager of the campaign. It was also the second time in the space of six years that the Cottagers had three bosses in the top flight.

Slavisa Jokanovic started the season in charge after guiding the team to promotion from the Championship, but the former Chelsea player only lasted until November. Ex-Leicester and Chelsea boss Claudio Ranieri came in, but he was gone by February.

Parker initially got the gig on a caretaker basis, but he was named the permanent manager before the season official drew to a close after overseeing three consecutive wins in April.