The Reviews Are in: 90min Writers Give Their Verdict on Amazon Prime Video's Football Experience

The whole exercise has dominated the discussion of this round of midweek games, because actual football is always the least interesting thing about football, so we've asked a handful of 90min's best and brightest (who weren't at gigs or panels discussing VAR) to g The goals were great. I should have been delighted – six goals to enjoy and all for ‘free’, although there's no doubt at least 50% of viewers, myself included, will be forgetting to cancel their Prime membership next month.

However, the entire evening was tainted for me by Amazon’s criminal design of their scoreboard. It was when Jesus’ first goal arched over Nick Pope that I first noticed it on the top left corner of my laptop screen. 0 BUR 23:09 MNC 1. I was fuming, spitting feathers, besides myself with rage.

First, put the time separately - it wasn’t Burnley 23-9 City was it? Second, there are two orders of score presentation that are acceptable. BUR 0-1 MNC, or, much less preferably, 0 BUR MNC 1. Until these changes are made, the slip of paper that I genuinely had to place over the scoreboard last night will remain there indefinitely. It was a strong broadcast with recognisable presenting lineups, although on the downside they felt the need to bring Jermaine Jenas along for the ride as a co-commentator when there could have been a cleaner break from the more useless elements of modern punditry.

That being said, the need to be new, ‘out there’ and different from the rest was probably responsible for a very weird looking score bar that was all kinds of messed up. 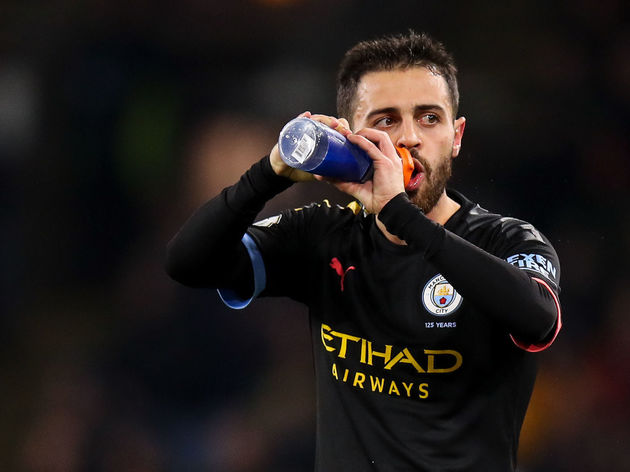 My stream may have crashed 7+ times throughout - got a good internet connection at home, so it is definitely their fault - but I was expecting that, and liked the change overall.

Fingers crossed the stream doesn't crash when Jose Mourinho celebrates victory at Old Trafford this evening though, because that will be some excellent online live football content. Although many people reported various issues with the service, my stream ran smoothly - and there were minimal differences to watching a weekend fixture on Sky Sports. The commentary was excellent, the picture was good and as far as I was aware, there was no significant lag (although I tend to avoid checking scores on my phone while watching live matches).

It’s a big step in the world of live sports broadcasting – and although it may take a while for many people to jump on board, I’m completely behind it. Let's face it, we all had our own reservations, whether that may be the stream running behind, or pixelated images. Thankfully, there were once again no issues in this department as the stream ran smoothly and clearly, with no mishaps. Also, Peter Drury? Fantastic.