​Whisper it quietly, but Diego Simeone is under some serious pressure as his Atlético Madrid side travel to the Estadio de la Cerámica to face Villarreal in La Liga on Friday night.

Atletico have just one win in their last seven matches and have been underwhelming in a poor La Liga this season.

With both ​Barcelona and ​Real Madrid stuttering, the path seemed open for Atléti to snatch another La Liga title, but instead they sit sixth, and are in genuine trouble of missing out on the Champions League places altogether.

Despite the form of a rejuvenated ​Santi Cazorla, their hosts have been something of a mixed bag this season and are without a win in five themselves, so ​One of the main problems for ​Atlético Madrid this season has been goalscoring, and with ​Diego Costa out for a long time with a herniated disk that doesn't look set to get any easier - not that the Spaniard was particularly prolific when he was playing...

Meanwhile Atléti's defensive injury crisis continues with Stefan Savic and Jose Giménez ​still both out injured, but despite this they still have the second best defence in the league, with Mario Hermoso and Felipe proving able deputies. Villarreal meanwhile will be without former Premier League stars Santi Cazorla and Alberto Moreno due to injury.

​Fulham loanee Andre-Franck Zambo Anguissa will be available though after scoring last time out in the Yellow Submarine's 2-1 defeat to Valencia. 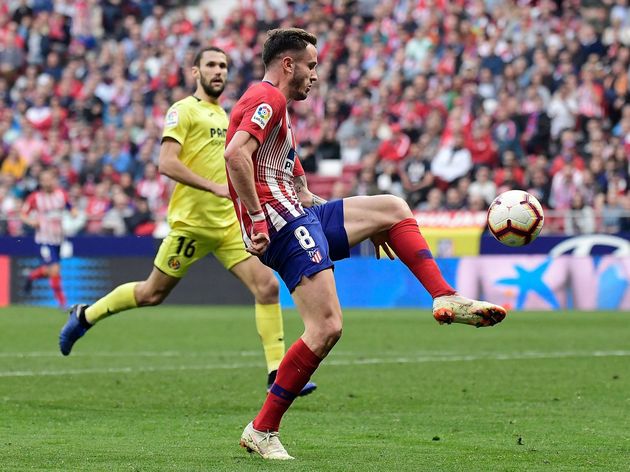 Villareal had been something of a bogey team for Atléti and were unbeaten in seven games against Los Rojiblancos until goals from Alvaro Morata and Saul Niguez sealed a 2-0 win for Diego Simeone's side in February.

Like most games involving Atlétcio Madrid, this game has hardly been a high-scoring affair in recent times.

Only one of the last five games between the two has seen more than two goals. Both these sides have been pretty terrible in recent times. After a promising start to the season Villarreal have really tailed off, and last won a game in October.

However, the form of Pau Torres, Gerard Moreno, Raul Albiol and Santi Cazorla means that they are well represented when it comes to the Spanish national team.

Atélti have somehow managed to be even worse than their hosts recently, and have only scored 16 goals in 15 games this season.

They came very close to securing a respectable draw against Barcelona, until Ballon d'Or winner ​Lionel Messi stepped in to decide the match.​ Despite their recent awful results, Villarreal's own terrible ​form means that Atléti are favourites for this one.

Although with the scoring records of both sides, don't expect it to be a classic.