​West Ham have been dealt a huge blow in their efforts of trying to bring Rafa Benitez back to the Premier League, as it has been revealed he has a £20m buy-out clause in his contract with Chinese Super League side Dalian Yifang.

This would be a world record price for a manager, as the Spaniard signed a £12m-per-year contract in July of this year after leaving ​Newcastle.

Benitez is high on the list of potential suitors if the Hammers were to sack current boss Manuel Pellegrini following a poor start to the Premier League season. Arsenal have also been linked with the Champions League-winning boss. However, it has been reported by ​Sportsmail that any club looking to sign the Spaniard from the Chinese club would have to pay his huge £20m buy-out clause.

The money is not the only stumbling block as Benitez is also not ready to leave Yifang, where he has been in charge of for only five months and it would be politically difficult to leave a two-year contract so early.

However, there is hope if clubs are willing to wait it out. There is a possibility that this clause might reduce as Benitez goes into the final year of the deal.

This is a frustrating situation for ​West Ham for a couple of reasons. With their poor start to the season (despite an impressive 1-0 away win at Stamford Bridge on Saturday) they are looking to replace Pellegrini but can't afford this clause. 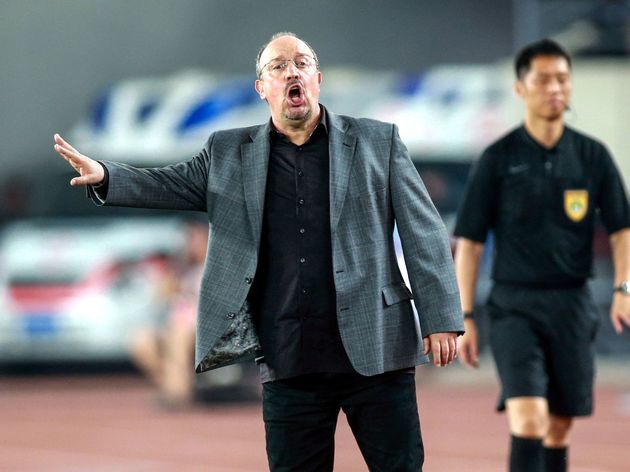 It is also frustrating for them as they courted the former Liverpool boss in 2015 and were about to appoint him before Real Madrid snapped him up. Since then, they've had Slaven Bilic, David Moyes and Manuel Pellegrini at the helm.

​Arsenal will also be disheartened by this news, having already rejected to pay Brendan Rodgers' £14.5m buy-out clause at Leicester.

Benitez has stated his desire to return to the ​Premier League at some point and in the correct capacity since leaving the toxic situation at Newcastle. However, for now, he will remain in charge of Dalian Yifang ahead of the start of the Chinese Super League Season which kicks off in March.