Liverpool star Alex Oxlade-Chamberlain praised the 'winning culture' that has been bred at Anfield this season, while hinting that this mentality is a novelty for him following his time at Arsenal.

The Reds are unbeaten in the league this season, and they have opened up an eight-point gap over rivals Manchester City, but Jurgen Klopp's men do have a game in hand over Pep Guardiola's side. 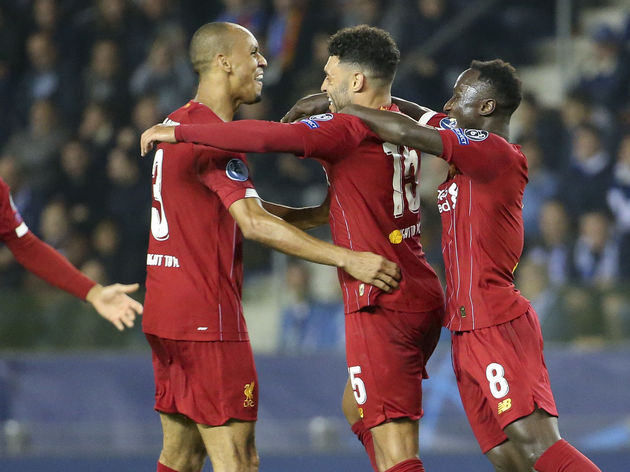 Oxlade-Chamberlain has been a star performer in Klopp's midfield since his return from injury, and the ex-Arsenal man was keen to praise the mentality of the entire Liverpool squad, admitting  he has a 'belief' that they can win every game, as reported by The Telegraph.

“We're going into the games expecting ourselves to win and anything else we're disappointed.

"There's times in my career where I definitely haven't gone into all games 100 per cent confident that the team's going to come away winning. But with this team, I have that sort of belief in us.

"There'll be some things you can't control, that happen with the opposition or little mistakes here and there but the overall mindset is we're going to win. Anything else that happens in and around that will happen and it is what it is.” Oxlade-Chamberlain also commended his teammates for their ability to pick up three points even when they 'have an off-day', pointing to a 'winning culture' and a group of leaders within the team - something that was criticised of the ​Arsenal team in which the midfielder featured for six years.

Although the 26-year-old did not mention the Gunners by name, his comparisons were not too cryptic to miss.

“The good thing at the minute with this group when we're having off-days we're still coming away with good results because we're sticking to our basics and principles well. “That sort of winning culture spreads throughout the team. The manager, he insists that the leaders in our team - ​Jordan [Henderson], Milly [James Milner], Adam [Lallana], Virgil [van Dijk] - they're all boys who demand the most of themselves first and foremost and then the rest of us.”

Oxlade-Chamberlain has been excellent for the Reds since recovering from a long injury lay off, and the former ​Southampton man earned a recall to the England national team set-up for the final set of Euro 2020 qualifying matches.