​Pep Guardiola was in a sarcastic mood when he was asked about Manchester City's Premier League title chances after the 4-1 win at Burnley, but did urge his players to take each game as it comes and not think about the bigger picture.

Draws against Shakhtar Donetsk and Newcastle in their last two games had led some to believe the City camp was feeling deflated after falling so far behind Liverpool so early in the season, but the current champions made a statement with an emphatic 4-1 win over the Clarets.

Gabriel Jesus netted twice before goals from Rodri and Riyad Mahrez put the contest to bed, although Robbie Brady did pull one back for the hosts towards the end of the match. After the game, Guardiola said it would be foolish to start thinking about their title chances given the gap between the two teams.

He said, as quoted by ​the Mirror: “With the distance between us and Liverpool, it would be crazy to think about the title.

“Like everyone says, we are out, we have no chance. The title is over, nobody gives us a chance. I don’t believe it, but now we have to think about the derby, the other competitions and take this rhythm forward.

"We're thinking about ourselves and the next game. To think how many ways to win to be close is a stupid way to think.”

Guardiola also revealed he plans to watch ​Manchester United's clash with Tottenham on Wednesday ahead of the derby on Saturday. 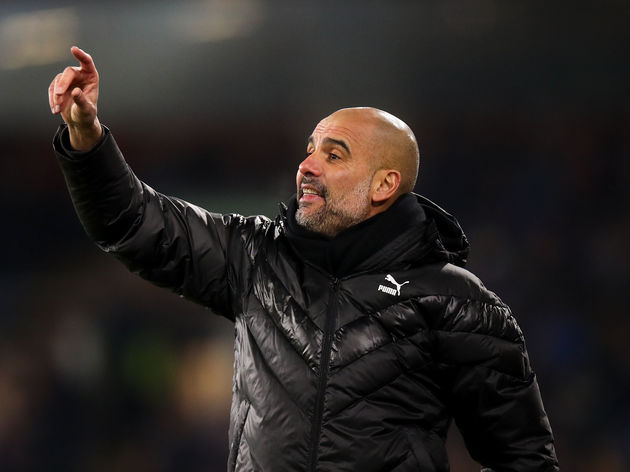 He added: “We need our fans for Saturday. We have four days, tomorrow we'll watch the United game against Totten​ham and see the way we can do it. To play these games is the reason why we are here.”

​City's win on Tuesday means they closed to gap on ​Liverpool to eight points, though the Reds can re-establish the 11-point lead if they beat Everton in the Merseyside derby on Wednesday.