The Hammers are in the market for another striker and could look to the former Arsenal academy prospect as an answer to their problems.

It has been reported by ​The Athletic that Akpom remains a target for Manuel Pellegrini even after West Ham failed to sign him in the summer window, and the Hammers are said to have made contact with his club. Originally, Akpom had decided to stay in Greece with PAOK as he was waiting to see whether his side would qualify for the Champions League. However, they failed to do so after losing to last season's semi-finalists Ajax in qualifying.

The Hammers have renewed their interest in the former Arsenal man after it emerged he wasn't interested in signing a new deal with PAOK, having started only starting only three games this season.

This a huge reduction for the 24-year-old, who was used as the main striker last season as PAOK enjoyed an undefeated domestic campaign, winning their third Greek Super League. Akpom scored six goals in 20 appearances leading the line.

​West Ham are not the only club interested in the Englishman and they could face fierce competition from Ligue 1 club Reims and Bundesliga side Köln. However, Akpom's preference is to return to the country where he started his career.

The former England Under-21s international never really managed to kickstart his career in England with numerous loan spells away from Arsenal. Stints at clubs like Nottingham Forest, Brighton and Hull were largely unsuccessful as the striker struggled for goals. 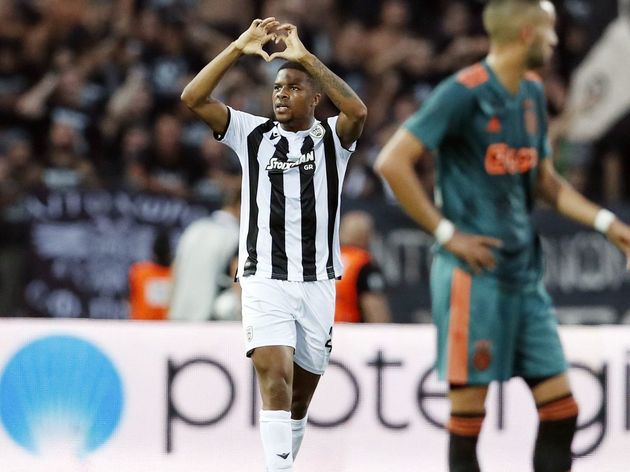 However, he seems to have revived a flailing career during his time in Greece and his goals outlay is the best that he has achieved with 11 goals in 45 games in all competitions for PAOK.

West Ham are wary that need to score more goals to improve their league position and Akpom has been targeted as a way to do this. They are also in the market for a holding midfielder and goalkeeper as they look to strengthen their squad.