​Arsenal host Brighton on Thursday night in Freddie Ljungberg's first home game in charge of the Gunners and the first match at the Emirates since Unai Emery's sacking.

The Swede's debut as interim manager ended in a 2-2 draw away at Norwich as Arsenal came from behind twice to salvage a point. That result left the Gunners eighth in the table and seven points off the Champions League qualifying spots. Meanwhile, ​Brighton sit two places outside the relegation zone in 16th having lost three games in a row. Graham Potter will be worried by this decline as his Seagulls sit only three points clear of 18th place Southampton.

It is an important game for both teams and it will be interesting to see whether Ljungberg can secure his first win as head coach. Brighton will be wanting to calm any sort of relegation fears.

Loanee Dani Ceballos remains the only long-term injury problem that Ljungberg will have to contend with. There could be recalls for Lucas Torreira and record signing Nicolas Pépé who both fo​und themselves left out of the starting XI against Norwich.

Both full-back positions are up for debate as Hector Bellerin is expected to recover from a tight thigh and will most likely slot in for Calum Chambers. Kieran Tierney will be pushing for a start after also being left out for the draw at Carrow Road. Potter is fortunate in that he has no real injury concerns. However, there may be recalls for players following this poor run of form that Brighton find themselves on. Leandro Trossard and Neal Maupay will likely return in attack.

21-year-old Steven Alzate will also be pushing for a recall in central midfield after starting on the bench for the 2-1 defeat to ​Liverpool last time out.

This will only be the 20th time that the two sides have face each other. However, unsurprisingly, ​Arsenal have the better record having won 12 games to Brighton's three.

In recent years, though, Brighton have enjoyed success against the north London club and are unbeaten in three games. They, famously, beat Arsenal 2-1 in March 2018 to record their first victory over the Gunners in 36 years. The last two games have both ended as 1-1​ draws - a result that Arsenal fans will not be happy with if it was to be repeated on Thursday night.

Arsenal's recent form has been horrendous and it was no real surprise that it cost Unai Emery his job. They've not won in six ​Premier League games, with their last league win coming at the start of October against Bournemouth.

This form has resulted in them slipping out of the top four all the way down to eighth and they find themselves battling for a Europa League spot. They've drawn the second most league games this season with seven and you wonder where they'd be if they'd converted these draws into wins. Brighton have experienced a slight dip in form in recent weeks after a promising start. They've lost their last three but, to be fair, these games were against Manchester United, Leicester and Liverpool.

Prior to these three defeats, they had won back-to-back league games against Everton and Norwich, who are two of the four teams that are currently beneath them.

This is quite hard to predict, given how Arsenal are in horrific form and Brighton are no push-overs, despite what their league position may suggest.

However, the atmosphere at the Emirates might help the Gunners over the line with club legend Ljungberg in the dugout for his first home game in charge. 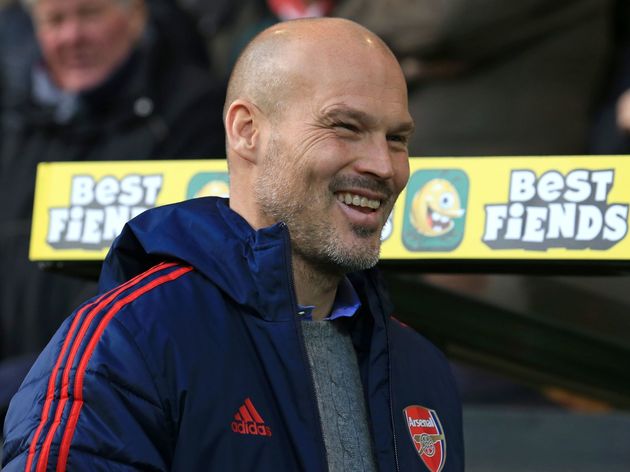 Arsenal's front line should have too much for Brighton but it won't be easy for the Gunners. They should win this one - but only just.