​Regardless of Lionel Messi (probably deservedly) taking home the Ballon d'Or for 2019 ahead of Virgil van Dijk on Monday, the ceremony in Paris still constituted an important moment of recognition for Liverpool.

The Reds had seven players in the final 20 nominees, while Alisson Becker picked up the first-ever Yachine Trophy for the year's best goalkeeper. ​yes, really In case you wanted more context of just how much #recognition ​Liverpool got on Monday, their four players in the top ten (or top seven to be precise) of the overall voting (Van Dijk, Sadio Mane, Mohamed Salah, Alisson) was the best return of any individual club since 2014, when Jupp Heynckes' ​Bayern Munich had five representatives.

Real Madrid too had four reps that year, although three of them (James Rodriguez, Toni Kroos and Angel Di Maria) only spent half of 2014 at the club. So, that's cheating...sort of.

This century, other than Liverpool, Bayern Munich and Real Madrid, only Barcelona have achieved the same feat, showing the elite company the Reds are in.

Curiously, 2019 is also the first year since 2005 that Real Madrid haven't had a single player in the top ten. 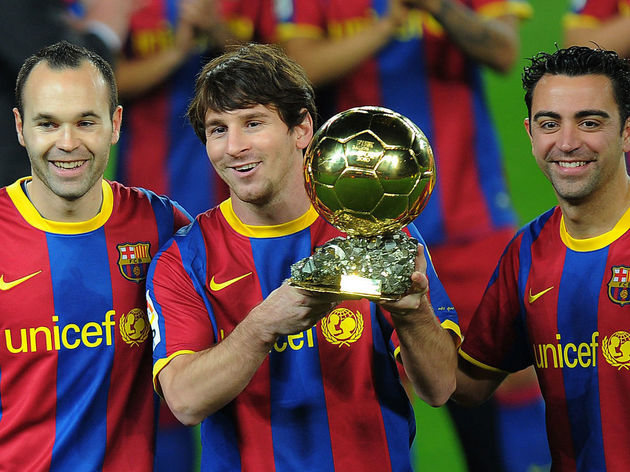 Perhaps single the biggest domination of the voting came in 2010, when Barcelona had a monopoly on the podium with a one-two-three finish for Messi, Andres Iniesta and Xavi, following Spain's World Cup success and Barça's domestic triumphs. David Villa, who transferred to Camp Nou that summer, also came in eighth.

All associated with Liverpool will hope 2019 isn't a one-off and that 2020 will bring as many nominations (if not more) as a result of a year filled with trophies.