​Tottenham head coach Jose Mourinho has said that he has 'no regrets' over his time at Manchester United, and is looking forward to what the future holds at Spurs.

His side head to Old Trafford on Wednesday with the opportunity to open up a five point gap over the Red Devils, with much of the pre-match buildup being centred around Mourinho's return.

However, the Portuguese boss insists he doesn't hold a grudge over how it ended for him at United, and quoted Nelson Mandela when describing his feelings for the club. 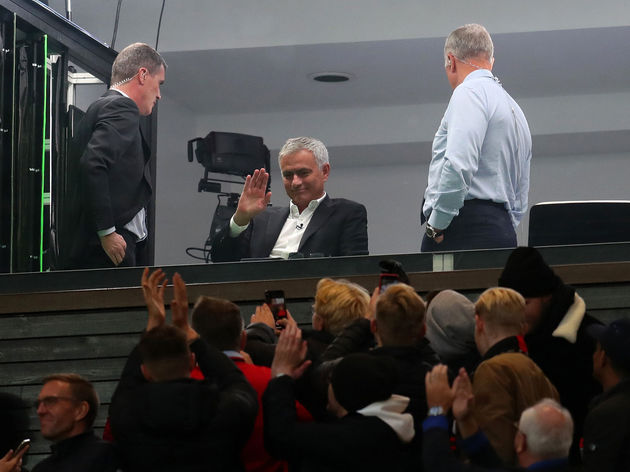 "This is a closed chapter for me," Mourinho said, as quoted by the ​Evening Standard. "I left the club and took my time to process everything that happened. I took my time to prepare myself for the next challenge.

"Honestly, ​Manchester United for me now is in my history book. Like Mr. [Nelson] Mandela was saying: 'You never lose – you win or you learn'. At United I won and I learned. No regrets."

Mourinho went on to say that his time at United was a happy one, but that he returns to Old Trafford firstly as the opposition and not as a friend.

"Going back to Old Trafford is to go back to a place where I was happy," he added. "I have a great relationship with Manchester United supporters. I went back as a pundit [and] was really humbled by such a beautiful reception.

"Before the game and after, one thing is to be in the corridor where I don’t know anybody. Another thing is to meet in the corridor good friends, people who work with me, people who I have a very good relationship with, people I keep in contract with on the phone, SMS, WhatsApp. That’s a different thing. Before and after the game, it’s going to be a little bit different and I’m happy with that. During the game, there’s no space for any feelings at all. ​Pressure is mounting on Solskjaer following United's abysmal start to the season which sees them stranded in ninth place, and could head into this weekend's fixtures as low as 16th.

Ironically, Mourinho's predecessor at Spurs, Mauricio Pochettino, is being heavily linked to take over from his successor at United.