​Cristiano Ronaldo's sister has posted a furious rant on Instagram after Virgil van Dijk's jokey comment about the Juventus star at the Ballon d'Or ceremony.

Ronaldo, a five-time Ballon d'Or winner in his own right, did not attend last night's ceremony in Paris as Lionel Messi went on to win a record-breaking sixth Ballon d'Or crown. Instead, the 34-year-old picked up an award of his own - winning the Serie A's Player of the Year.

Prior to the ceremony, van Dijk was asked by a reporter

Hi Piers, If you don’t jump on the social media bandwagon and would listen to the whole interview then you would know I made a joke, and only got respect for those 2 😀

“Now, dear Virgil, where you are going, Cristiano Ronaldo has gone and has come a thousand times,” Katia posted, which has been translated from Portuguese.

“You see, my dear Virgil, that Cristiano Ronaldo was a three-time champion in the country where you have been playing for years and you still haven’t got your hand on the cup," she added, referring to van Dijk's failure to win the Premier League

"Real Madrid, tell you something, Virgil? Maybe so, because this club, with this Cristiano guy, even beat you in the Champions League final. Of these, Ronaldo already has five, Virgil.

"And, dear Virgil, In one of the least successful times of his career, Cristiano Ronaldo

"Now Virgil will win titles from those who really count and then we’ll talk. When you have a handful of them, the really important ones, you might be able to sit at the table with Cristiano." 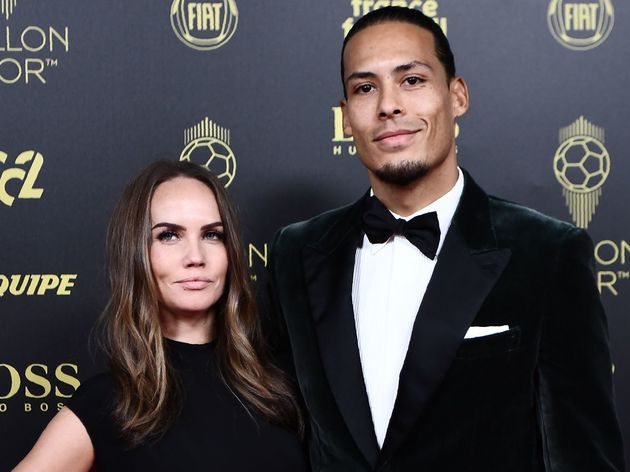 Finally, she signed off with: "It’s for me Cristiano you are and you will always be the best player in the world!!!"

In summary, it's fair to say that she didn't take to the comment too well.