​Lionel Messi took home yet another Ballon d'Or on Monday night, taking his tally to an unprecedented six throughout his career. Most players won't even get close to one award, so to get his hands on six is nothing short of extraordinary.

The Barcelona man has made a habit out of making the impossible look possible, having done so for each of his six award-winning seasons. Each campaign was great, but some of them need to be seen to be believed. 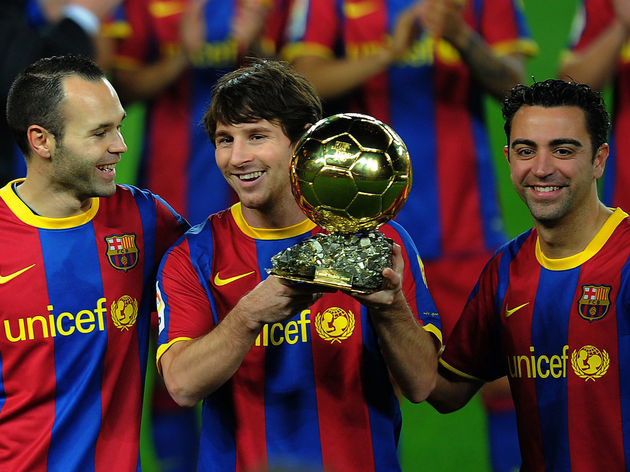 The 2010 Ballon d'Or was one of the more controversial award ceremonies in recent memory. It marked the first time that international captains and coaches were included in the final voting, and that certainly impacted the whole thing.

​Messi was undoubtedly great, netting 47 goals and 13 assists to steer ​Barcelona to ​La Liga glory, yet he was most people's third choice to win the award. ​Inter's Wesley Sneijder actually won the journalist vote, while Andrés Iniesta also finished ahead of Messi in those standings, but Messi swept up in the captains' vote.

France Football even apologised to Iniesta (via the ​Daily Mail) for overlooking him for the award. Messi was by no means undeserving, but he was perhaps fortunate to win this one. Messi's first, record-setting award win was actually one of the least individually impressive seasons of the Argentine's career.

He only netted 38 goals and 18 assists ​(which is low by his standards), but was recognised for his role in steering Barcelona to the treble, in which they won La Liga, the Copa del Rey and the ​Champions League.

He won the award by a then-record margin, but it was only the beginning of what would blossom into one of the finest individual careers we have ever seen. It speaks volumes of Messi's ability that he has had three seasons better than the 2018/19 campaign, which earned the Argentine his latest Ballon d'Or.

Messi's tally of 51 goals and 22 assists inspired Barcelona to La Liga glory, but they fell short in all other cup competitions, which explains why many felt ​Liverpool's Virgil van Dijk may have deserved the award instead.​

Nevertheless, it was still a fantastic year for Messi. He was outstanding last season, and was certainly good value for the prize. ​2011 was an astounding year for Messi. Almost everything went perfectly for him, as Barcelona stormed to glory in La Liga, the Champions League, the Spanish Supercopa​, the UEFA Super Cup and Club World Cup. Not bad.

Messi played a huge part in that, firing 53 goals and 24 assists in all competitions. He left the best until last, producing one of his finest performances to torment ​Manchester United in the Champions League final.

We had come to expect it from Messi by then, but his best was still to come. 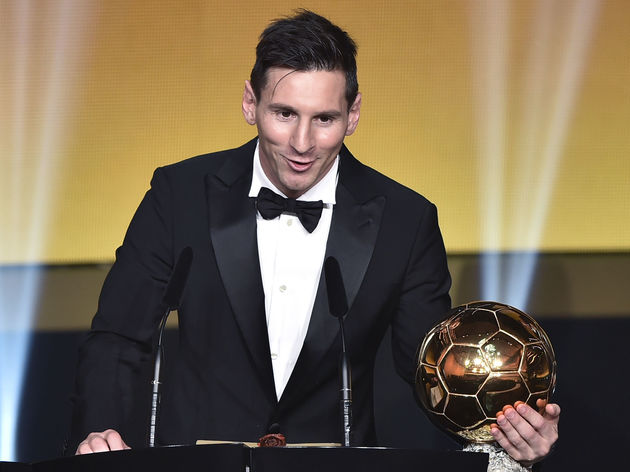 Having lost out to ​Cristiano Ronaldo​ in both 2013 and 2014, Messi knew he needed something special to reclaim the award.

He fired 58 goals and 28 assists that season, despite playing just 57 matches for Barcelona. With that kind of brilliance, La Blaugrana coasted to success in La Liga, the Champions League and the Copa del Rey, and Messi was the undisputed winner this time.

However, somehow that wasn't even close to his best season. He finished with a tally of 73 in 60 games at club level in the 2011/12 campaign, which brought another league title back to Camp Nou. Somehow, that was the only major trophy of that season, but Messi's utter dominance could not be overlooked.

Many called for Iniesta to win the award after he led Spain to the European Championship, but how could you not give it to Messi? He shattered records and left the entire world stunned by his brilliance. The Ballon d'Or was made for him that year.