​Watford are weighing up the possibility of appointing a manager to take them through to the end of the 2019/20 season, following the sacking of Quique Sanchez Flores.

The club parted ways - for a second time - with Flores on Sunday, with the Hornets rooted to the foot of the table. Having managed to win just once all season, they are already six points behind 17th-placed Everton.

Most recently, the side fell to a hugely disappointing 2-1 defeat to fellow strugglers ​Southampton on Saturday evening. Ismaila Sarr had given the away side the lead, but Danny Ings struck with 12 minutes remaining before James Ward-Prowse curled home a stunning free-kick only five minutes later.

The match proved to be Flores' last in charge of the Hornets, meaning they are now looking for their third manager of the season. ​The Daily Mail are reporting that they are considering making a stop-gap appointment to take them through to the end of the campaign.

The report states that if they prove incapable of climbing out of the danger zone, it could prove wise to appoint a manager until the end of the season, giving the club the chance to reassess in the summer. Furthermore, this would also ensure that they avoid the risk of having a manager on a 'Premier League worthy contract' in the Championship if they are relegated. 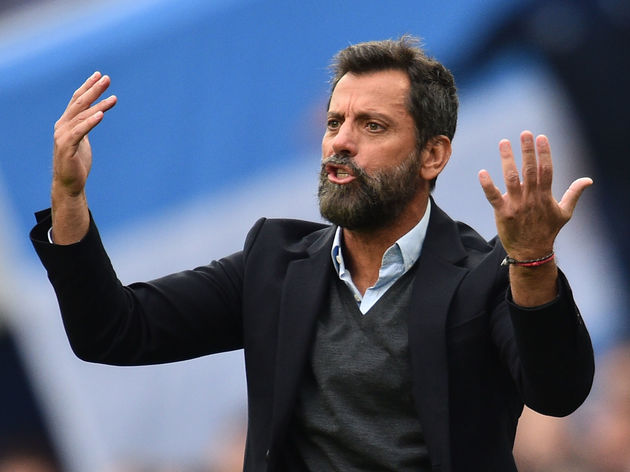 In the meantime, Under-23 coach Hayden Mullins has been placed in temporary charge and the Mail claim he has been informed that ​Watford are 'unlikely' to appoint a replacement before the upcoming clash with ​Leicester on Wednesday. To that end, there is also a possibility that Mullins may be in charge for the weekend clash with Crystal Palace.

Chris Hughton and Paul Clement are the favourites to land the job and both have already been spoken to about the vacancy, with the ​players reportedly keen to see a British boss picked to fill the role.